Ford: Some Rangers Should Be Parked After Recent Death

Investigating a man's death in a Ranger, Ford discovered its exploded airbag inflator was made on the same day as one that exploded and killed another man driving a Ranger in 2015. 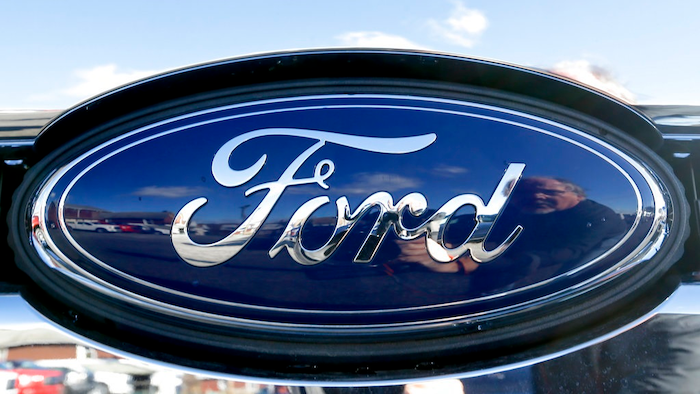 This Thursday, Nov. 19, 2015, file photo, shows the Ford badge in the grill of a pickup truck. Ford is telling owners of about 2,900 2006 Ranger pickup trucks not to drive them after discovering that a man was killed in a wreck involving an exploding Takata air bag inflator. The death occurred July 1, 2017, in West Virginia.
AP Photo/Keith Srakocic, File

DETROIT (AP) — Ford is telling owners of about 2,900 Ranger small pickup trucks not to drive them after finding out that an exploding Takata air bag inflator killed a driver in West Virginia.

Steve Mollohan, 56, of the Hedgesville, West Virginia, area died July 1 in nearby Martinsburg, about 80 miles northeast of Washington, D.C., according to a Pittsburgh-based lawyer for the firm representing the family, Rob Peirce III.

Ford said it was notified of the accident in December. After some investigation, the company determined that the truck's inflator was made on the same day as one that exploded and killed a South Carolina man driving a Ranger in 2015.

Ford is now issuing an urgent new recall in the U.S. and Canada for Rangers with inflators made on that day because of the immediate danger they pose.

"We take this matter very seriously and are advising owners of these specific 2006 Ford Rangers to stop driving their vehicles so dealers can make repairs immediately," Ford said in a statement Thursday.

Ford dealers will repair the trucks at owners' homes or tow them in for work, spokeswoman Elizabeth Weigandt said. The company also will offer loaner vehicles.

"It's critical that this message reaches all affected owners," the National Highway Traffic Safety Administration said in a statement. "It is extremely important that all high-risk air bags are tracked down and replaced immediately."

Ford said it was notified of Mollohan's death Dec. 22, and the company inspected the vehicle Dec. 27. It is the second death involving a Ranger and the 21st worldwide caused by Takata inflators.

The inflators, which use ammonium nitrate as a propellant, can explode with too much force, blowing apart a metal canister and spewing shrapnel. The problem touched off the largest string of auto recalls in U.S. history and forced Takata into bankruptcy. More than 180 people have been injured.

Weigandt said she didn't know if there was a manufacturing problem on the day the inflators were made.

But Sean Kane, president of Safety Research and Strategies Inc., a Massachusetts firm that does auto testing for plaintiffs' lawyers and other clients, said a manufacturing problem is likely. "My suspicion is they found something very specific to that day that exacerbated an already bad situation," he said.

In January of 2016, Ford recalled about 391,000 Rangers in the U.S. and Canada from the 2004 to 2006 model years to replace the driver's inflators. The recall came after the government announced the December 2015 death of Joel Knight, 52, of Kershaw, South Carolina, that was caused by a Takata air bag inflating in his 2006 Ranger.

As of July 28, 2017, the most recent quarterly report from Ford available on the NHTSA website, only 3.7 percent of the recalled 2004 to 2006 Rangers in the U.S. had been repaired, removed from service or the owners were unreachable. That's an extremely low completion rate. On average, recalls have a 75 percent completion rate within 18 months of when they began, NHTSA has said.

Weigandt said Ford has sent letters and text messages, made phone calls and posted warnings on Facebook and Twitter urging owners to get their trucks repaired. "We've tried to reach them through multiple channels," she said. "We want them to take it seriously and act."

The first recall in 2016 was an interim repair until replacement inflators that don't use ammonium nitrate could be manufactured, she said. Some owners may have ignored the first recall notice in anticipation of the final repair announced in December, she said.

"We have not seen any evidence he was notified of the recall," he said.

The accident in which he was killed involved three vehicles at low speeds, Peirce said, adding that his firm believes Mollohan would have survived if the Takata rupture had not occurred.

Several other automakers have low completion rates for replacing Takata air bags. A November report from an independent Takata recall monitor showed that automakers have fixed only 43 percent of the faulty inflators.

U.S. recalls involving 19 automakers are being phased in over the next few years and are expected to reach 42 million vehicles and 69 million inflators.

When asked about the low Ford completion rate, a NHTSA spokeswoman pointed to a November statement that said it's working with the monitor "to develop and expand the use of the best practices to help the manufacturers achieve their individual repair goals."

But U.S. Sen. Bill Nelson, D-Florida, whose state has seen three deaths caused by the inflators, said NHTSA has known the Ranger inflators were deadly since the Knight's death in December of 2015. "This is the very definition of a failed recall," he said. "In July 2017 there was another death in West Virginia — and they wait until now to make this a priority? Plain and simple this is akin to malpractice."

More than 238,000 sedans can suddenly lose the power assist in the brake system.
Nov 18th, 2021
Follow Us
Most Recent