One building in the sewage treatment plant was filled to the ceiling with rainwater and raw sewage.

Nobody knows better than the IEN readers just how huge a role the lowly pump can play in keeping catastrophe at bay in an industrial environment.

Earlier this month a sewage treatment plant in Seattle fell victim to a perfect storm – no pun intended – when an unusually high tide caused a wall of water to hit the facility at the most inopportune moment: right when the massive pumps that keep water out happened to completely fail.

The results inside the plant were devastating. One building in the facility was filled to the ceiling with rainwater and raw sewage. King County Wastewater Treatment Director Mark Isaacson said over 200 engines will need to be replaced, along with 100+ electrical panels that are either damaged or destroyed.

Now Washington’s K5 is reporting that the fix could be several weeks and tens of millions of dollars away. The plant is running at 50 percent capacity currently as it works to address the backed up water and damage.

The other catastrophe has been happening outside of the plant. When the pumps flooded, millions of gallons of untreated water – including raw sewage – dumped into the Puget Sound through an emergency overflow system. The next morning, further heavy rains meant 10 million more gallons had to be rerouted directly into Sound. And with the plant at only half capacity now, the risk of more untreated water flowing into this critical waterway is still present.

According to local news station KOMO, officials don't believe human error was a factor in the plant's failure, but they are investigating why some of the pumps failed during the storm and not others. 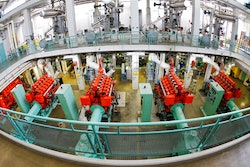