Longer missions will create numerous highly technical challenges, and some basic ones – like using the bathroom.

As NASA looks to embrace longer missions that send astronauts deeper into the vestiges of space, there are a number of complex and highly technical issues to deal with, and some very basic ones – like using the bathroom.

Pressurized spacecraft offer a bathroom, but if tasked with longer space walks or a situation arises where stuff hits the fan and a spacesuit needs to be worn for days at a time, waste disposal becomes vital in preserving an astronaut’s health.

Well, NASA answered this call of nature in the form of their … Space Poop Challenge.

Hosted by crowdsourcing platform HeroX, more than 5,000 solutions were submitted from every country and continent on the planet.

The challenge sought solutions for a suits’ waste management system, needing to account for up to six days of continuous use. It also had to work quickly, in micro-gravity, without impeding movement, for both men and women, and for numbers 1 and 2.

Paraphrasing the inventor, he felt that if something as delicate as heart valves could be replaced through catheters in an artery, a similar approach could handle a little bit of poop. He also, to the relief of space travelers everywhere, didn’t want to keep anything inside the suit any longer than necessary.

Cardon designed a small airlock at the crotch of the suit where items like inflatable bedpans could be passed through, expanded and removed. Sort of a catch and release type of thing.

The design would even allow for changing one’s underwear while inside the spacesuit. Cardon was awarded $15k for his efforts.

The next step for NASA is a working prototype that will be tested for the International Space Station. 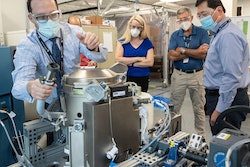 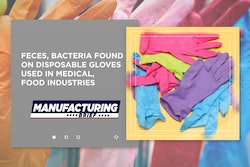 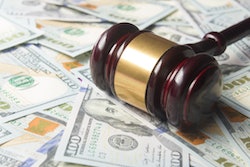