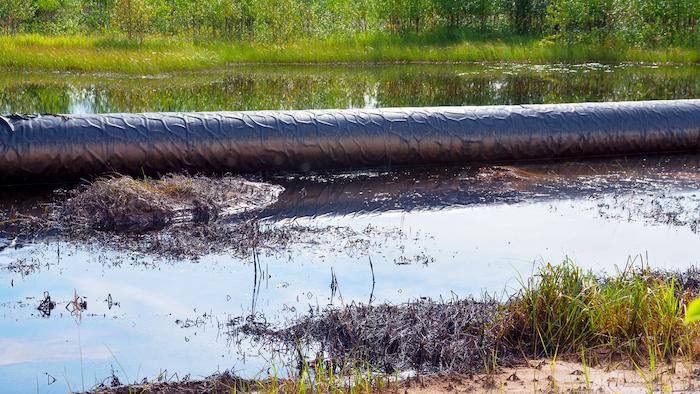 BISMARCK, N.D. (AP) — The North Dakota Health Department's acknowledgment this week that a 2015 pipeline leak of liquid natural gas is hundreds of thousands of gallons larger than reported raises questions about how many other spills and leaks are underreported — and state officials were not immediately able to answer Wednesday.

State Environmental Quality Chief Dave Glatt said the agency does not update initial public reports on spills but is considering doing so in the future.

"I get it — people want more information," Glatt said.

The agency said Tuesday that a 2015 pipeline spill of gas liquids, or "condensate," at a western North Dakota natural gas plant that was first reported as just 10 gallons (8 imperial gallons) is at least hundreds of thousands of gallons larger and may take an additional decade to clean up.

The initial state report on the spill at Oneok Partners LP's Garden Creek I gas processing plant was never updated, even as Oneok updated the state on cleanup. In October, Oneok told the state it had recovered 240,000 gallons (nearly 200,000 imperial gallons) of the liquid gas and cleanup continued.

The environmental blog DeSmog, which first reported the discrepancy, reported that the spill may be as large as 11 million gallons (9 million imperial gallons). The blog cited an unidentified person who provided a draft document on a cleanup plan.

The company said the actual amounts of the release aren't known.

Glatt said the company could face sanctions but has not yet because of its efforts to clean up its site.

"We still have that option," he said.

Republican Gov. Doug Burgum, who took office in late 2016, said he was unaware of the spill until reports of it surfaced this week. He said he was not told of the spill because it was not a considered a health or environmental threat and it had been contained.

Under a law signed by Burgum, oil companies no longer must report spills of up to 10 barrels or 420 gallons (350 imperial gallons), if it is contained on site. Glatt said the spill at the gas plant in 2015 would still need to be reported because it doesn't involve an oil production facility.

Some groundwater was affected at the Garden Creek site, regulators said, but the spill didn't reach beyond the facility's boundaries. Glatt said groundwater monitoring wells have been placed completely around the natural gas factory.

Glatt said it is illegal under state law to alter a document, but the agency may create supplemental documents to update estimates on a spill size, something that was not done for the Oneok spill.

Timely, accurate and accessible information would hold companies and regulators accountable, he said.

"The public needs to be able to trust these reports," he said.

Until recently, North Dakota regulators were not obliged to tell the public about oilfield-related spills. The state's policy changed in 2013 after a wheat farmer in northwestern North Dakota discovered a massive spill that has been called one of the biggest onshore spills in U.S. history.

State and company officials kept it quiet — even from then-Gov. Jack Dalrymple — for more than a week and only disclosed it after questions from The Associated Press. The Health Department subsequently announced it would use its website to publish information on all spills reported to the department.

Glatt said the agency may develop a user-friendly tracking system on its website to update the status on reported spills.

Burgum said he supports the idea.