More than 5,000 containers of liquid and solid wastes were found at his facility.

According to the Department of Justice and EPA, the wastes were stored at the company’s Madison Heights, Michigan location in knowing violation of the Resource Conservation and Recovery Act.

Under the terms of the plea agreement, Sayers and Electro-Plating Services each pleaded guilty to a felony charge of illegally storing hazardous waste and will pay the EPA $1,444,510 for its direct costs to clean up the plating facility.

The court will decide any term of incarceration and fine at sentencing.

According to the plea agreement, Sayers — who owns and has been the President of Electro-Plating Services from the late 1990s — used various dangerous chemicals in his electroplating business that became hazardous wastes when they no longer fulfilled their industrial purpose.

Sayers almost never sent those wastes away for proper disposal, preferring to keep them on site indefinitely.

“Sayers’s knowing, illegal storage of waste cyanide, highly corrosive wastes, toxic chromium waste, and reactive wastes posed a significant danger and threat to nearby communities and the environment. He and his company continued their illegal and poor handling despite many years of warnings by environmental regulators, and they are now being held accountable for their willful refusal to comply with the law,” said Jeffrey Bossert Clark, Assistant Attorney General for the Environment and Natural Resources Division.

"Illegal storing of hazardous waste is a danger not only to the environment but to communities as well,” stated United States Attorney Matthew Schneider. “The actions by this defendant showed a blatant disregard for the law. It is our hope that prosecutions such as this one will serve as a deterrent to others who seek to serve their own interests rather than the safety of the environment.”

“Hazardous wastes pose serious risks to the health of entire communities, so it’s imperative they be handled and disposed of safely and legally,” said EPA Assistant Administrator for the Office of Enforcement and Compliance Assurance Susan Bodine. “EPA and its law enforcement partners are committed to the protection of public health and will continue to pursue those who blatantly undermine those efforts.”

According to the plea agreement, Sayers knew that such storage was illegal because he also managed the company’s former Detroit facility — where he kept hazardous wastes illegally until 2005 — and because the Michigan Department of Environmental Quality (MDEQ) repeatedly sent him warnings.

In 2005, Sayers was charged with and pleaded guilty to illegally transporting hazardous wastes. During the ensuing years, MDEQ attempted to get Sayers and Electro-Plating Services to properly manage the amounts of hazardous wastes piling up at the Madison Heights location. MDEQ issued numerous Letters of Warning and Violation Notices to the company regarding its hazardous wastes.

In 2016, MDEQ identified over 5,000 containers of liquid and solid wastes at the Madison Heights location. That same year, the City of Madison Heights revoked the company’s occupancy permit.

In January 2017, EPA initiated a Superfund removal action, after determining that the nature and threats posed by the stored hazardous waste required a time-critical response. The cleanup was completed in January 2018. 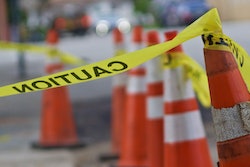