The building where the explosion occurred was used to process powdered magnesium products.

BOISE, Idaho (AP) — An explosion Saturday at a hazardous waste site in southwestern Idaho killed one worker, injured three others and heavily damaged a building, officials said. US Ecology, which runs the site, said Monte "Alex" Green of Grand View, Idaho, died of his injuries from the explosion at 9:23 a.m. inside one of the buildings at the facility.

"Most of the skin has been blown out, and much of the metal has been bent," Simon Bell, the company's vice president of operations and chief operating officer, said of the building. "It would have been a large explosion based on the damage to the building." There's no threat to the public, and emergency crews, including a hazardous materials team, were at the site, Owyhee County spokeswoman Angela Barkell said. The facility is about 10 miles (16 kilometers) east of the small town of Grand View, and about a mile from a highway.

"No immediate threat has been identified, and no evacuations have taken place," Barkell said in a phone interview with The Associated Press. Bell said employees were doing routine work at the time of the blast, but he didn't want to speculate on the cause. "Since we had an explosion there was something out of the ordinary, and we will be fiercely focused on understanding what that is," he said.

The company takes in contaminants such as arsenic, lead, zinc, cadmium and other metals that the U.S. Environmental Protection Agency has deemed hazardous and converts them to non-hazardous residues, minimizing the long-term risks of disposal. The company then buries them at the site, which Bell said is about 200 acres. Bell said the company is working with emergency responders by providing maps of the facility and where various hazardous wastes are being stored.

Emergency officials said the building where the explosion occurred is used to process powdered magnesium products. Officials said a series of chemical reactions followed the initial blast. US Ecology Chairman and Chief Executive Officer Jeff Feeler issued a statement about the explosion.

"We are deeply saddened to confirm that there has been one fatality resulting from the accident at our Grand View, Idaho facility today," Feeler said. "This is a tragedy that has been felt through the entire US Ecology family and the darkest day in US Ecology's 66-year history. The entire US Ecology family extends its deepest, heartfelt sympathy to the employees, family members, and loved ones affected by this tragic event. Our focus will now be helping our team members cope with this loss while conducting a thorough investigation and working with authorities as they close out their own investigation."

The three people who are being treated at hospitals and expected to recover. Bell said the company, which also has facilities in other states, has never had such a serious incident.

"Our focus is on the families of those affected by the accident, supporting the first responders, and making sure our employees are cared for and updated on what's happening in this process," he said in an earlier statement.

US Ecology agreed to pay a $184,400 fine in 2012 after the EPA said it failed to submit timely reports on toxic chemical releases at the site, according to the agency's enforcement database. 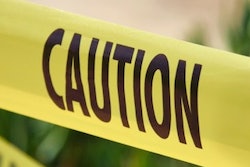 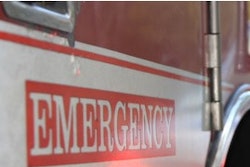 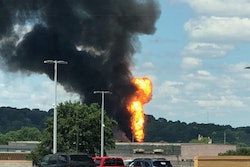