The explosion shook the entire area. 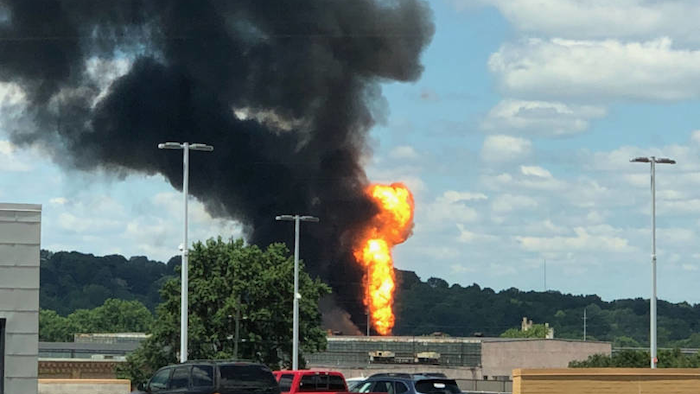 AKRON, Ohio (AP) — An Ohio chemical manufacturing plant has exploded and caught fire, prompting authorities to evacuate a large area around it.

Emerald Performance Materials says it evacuated the plant in Akron and notified the fire department after the Wednesday afternoon explosion. It says the cause of the blast is unknown and first responders are on the scene investigating. It says all employees have been accounted for and there have been no reported injuries.

No one was inside the plant at the time of the explosion, which shook the area.

Evacuations around the plant were ordered because the primary chemical used there is butadiene, a colorless gas that is flammable and can cause irritation in people.

The Akron Fire Department tells the Akron Beacon Journal there were no reports of adverse health effects 90 minutes after the explosion.

Emerald Performance Materials LLC is based in Vancouver, Washington.