America's Air Isn't Getting Cleaner as Fast as it Used to

The results also show the U.S. EPA's computer models overestimate how clean the air really is. 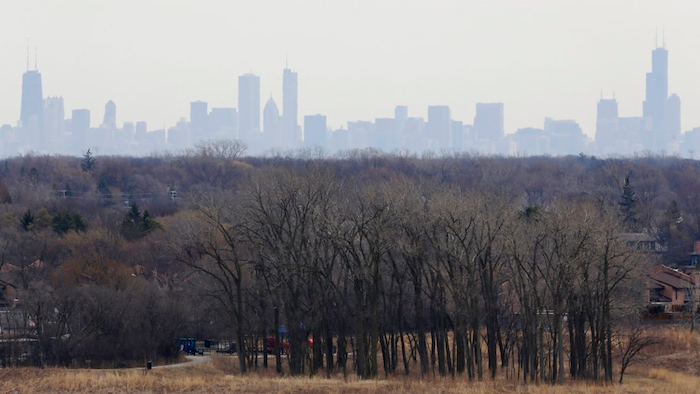 In this March 19, 2015, file photo, a thick haze of smog looms over the skyline of Chicago. A new study in the Proceedings of the National Academy of Sciences finds that America’s nitrogen oxides levels, a key ingredient in smog, aren’t falling as fast as they used to and may be leveling off. The Monday, April 30, 2018, study means that when tighter new air quality standards go into effect later this fall, more cities may find themselves on federal's dirty air list.
AP Photo/Nam Y. Huh, File

DENVER (AP) — For decades America's air was getting cleaner as levels of a key smog ingredient steadily dropped. That changed about seven years ago when pollution reductions leveled off, a new study found.

This means when tighter federal air quality standards go into effect later this year, many more cities may find themselves on the dirty air list.

There are several reasons for the flattening of nitrogen oxide levels including hard-to-reduce industrial and truck pollution, said study co-author Helen Worden, a scientist at the National Center for Atmospheric Research in Boulder, Colorado.

The study, in Monday's Proceedings of the National Academy of Sciences, used satellite and ground measurements to track nitrogen oxides, a major ingredient in smog. Levels fell 7 percent from 2005 to 2009, but only dropped 1.7 percent from 2011 to 2015.

"We can't say anymore it's going down," Worden said.

Smog is created when nitrogen oxides and volatile organic compounds cook in sunlight. Those chemicals come from cars, trucks, power and industrial plants.

In 2015, the EPA proposed new air quality standards limiting smog levels to 70 parts per billion, down from the current 75 parts per billion. Those rules are slated to go into effect this fall, but that has been delayed once already. More than 170 counties in the United States are already exceeding the older clean air standard for smog, according to the EPA.

Worden and colleagues tried to figure out what was happening, ruling out the flow of the smog ingredient from China since levels in that country went down since it tightened its air quality rules.

While the 2008 recession may have played a role in the slowdown, Worden said there were other bigger factors at play.

For Worden, who lived in Los Angeles in the early 2000s when it was smoggier than it is now, she would bicycle to work and check ozone levels daily.

If smog levels were high, "it would really make my lungs burn," she said.