The measure delays by eight more years the implementation of 2015 air pollution standards issued by the EPA. 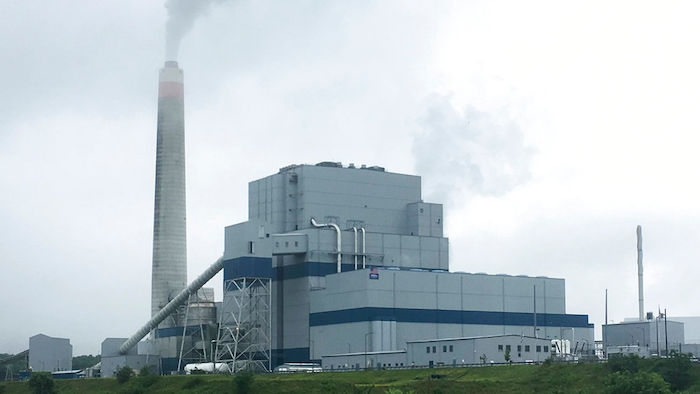 In this July 6, 2017, file photo, the Longview Power Plant in Maidsville, W.Va. The House voted July 18, 2017, to pass a Republican-backed bill delaying implementation of Obama-era reductions in smog-causing air pollutants. Congress voted 229 to 199 to approve the Ozone Standards Implementation Act of 2017. The measure delays by another eight years implementation of 2015 air pollution standards issued by the Environmental Protection Agency under the prior administration.
AP Photo/Michael Virtanen, File

Lawmakers voted 229 to 199 to approve the Ozone Standards Implementation Act of 2017. The measure delays by eight more years the implementation of 2015 air pollution standards issued by the Environmental Protection Agency under the prior administration.

The bill also makes key technical changes that environmentalists say will weaken the Clean Air Act, including switching the EPA's mandated review of air quality standards from every five years to every 10. Ground-level ozone can cause breathing problems among sensitive groups, causing thousands of premature deaths each year.

The House voted largely along party lines to approve the bill and defeat a series of Democratic amendments. Similar legislation is advancing in the GOP-controlled Senate.

More than a dozen major health organizations opposed the bill, including the National Medical Association, the American Academy of Pediatrics and the American Public Health Association. The head of the American Lung Association called the industry-backed bill a "direct assault" on the right of Americans to breathe healthy air, and urged senators from both parties to reject it.

"The bill would delay lifesaving protections against ozone pollution, exposing Americans to unnecessary pollution levels that will lead to asthma attacks and premature deaths that could have been prevented," said Harold P. Wimmer, the group's national president and CEO.

House Republicans on Tuesday lauded what they called common-sense legislation to protect American jobs. The GOP bill is supported by several pro-business groups, including the American Petroleum Institute, the American Chemistry Council and the U.S. Chamber of Commerce.

It is part of a larger push by the Trump administration and congressional Republicans to weaken, block or delay stricter pollution and public health standards approved under President Barack Obama, a Democrat.

Primary sponsor Rep. Pete Olson, R-Texas, praised the progress made in cleaning up the nation's air since the 1970s, when choking blankets of smog regularly blanketed U.S. cities. But he said the stricter standards approved by Obama's EPA would force American companies to invest billions in new pollution reduction measures.

"This bill keeps us moving forward toward cleaner air," said Olson, whose Houston-area district depends on the oil and gas industry. "This bill is about listening to job creators back home."

Democrats countered that the GOP bill, which they derided as the "Smoggy Skies Act," would cost lives through increased rates of asthma and lung disease while endangering decades of hard-won progress in cleaning up the environment.

EPA estimated at the time that the $1.4 billion it would cost to meet the stricter standards would be far outweighed by billions saved from fewer emergency room visits and other public health gains.

The agency cited recent studies showing ozone at 72 parts per billion is harmful to healthy adults exercising outdoors. Children are at increased risk because their lungs are still developing and they are more likely to be active outdoors when ozone levels are high, the agency said.

EPA projected that the "vast majority" of U.S. counties would meet the stricter standards by 2025 under state and federal rules and programs then underway. Many of those clean-air initiatives are now in the crosshairs of regulatory rollbacks and budget cuts championed by the Trump administration.