Officials from the Fire Department say conditions at the plant are just too hot. 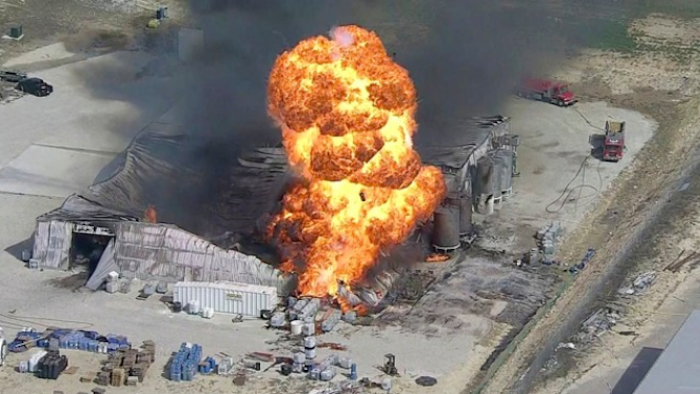 In this image from video by KDFW, a fire burns at the Tri-Chem Industries plan in Cresson, Texas.
KDFW via AP

CRESSON, Texas (AP) — A fire at a Texas chemical plant following an explosion last week is being allowed to burn itself out before authorities search for a missing worker who's presumed dead.

Cresson Mayor and Assistant Fire Chief Bob Cornett said Sunday that conditions at the 15,000-square-foot (1,400-square-meter) Tri-Chem Industries plant are "just too hot" and "just too dangerous." He says rains Saturday night aggravated chemicals and acids at the site about 25 miles (40 kilometers) southwest of Fort Worth.

Cornett says the plant is being guarded to ensure no one enters. He says state and federal environmental and workplace officials are standing by to assist local authorities.

The missing worker is identified as 27-year-old Dylan Mitchell. Two other workers were injured in Thursday's explosion.