The explosion was likely sparked by a worker dragging his foot along the floor while chemicals were being mixed. 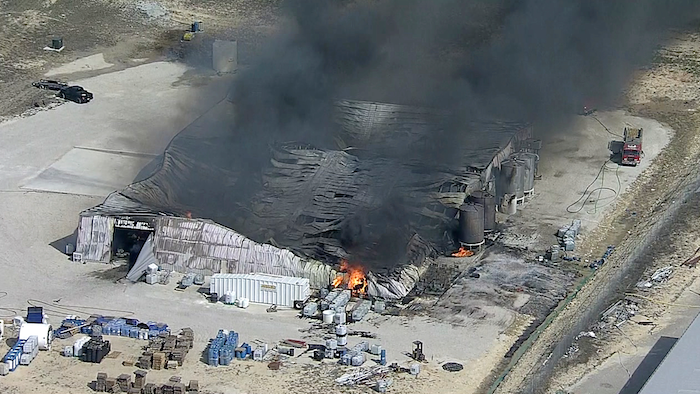 In this image from video by KDFW, a fire burns at the Tri-Chem Industries plan in Cresson, Texas. Officials said fears of another blast amid the toxic chemicals prevented crews from battling the blaze.
KDFW via AP

CRESSON, Texas (AP) — Hazardous materials crews have resumed the search for a worker who is missing and presumed dead following an explosion at a Texas chemical plant that injured two co-workers.

Investigators believe a worker dragging his foot along the floor while chemicals were being mixed sparked Thursday's explosion. That worker is hospitalized with critical burns. Another worker was treated for lesser injuries.

The search resumed Friday for the third worker who Gillum has said is presumed dead.