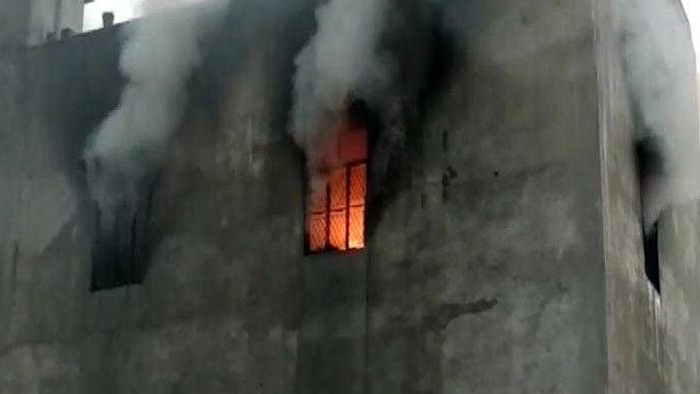 New Delhi -- A massive fire broke out at a firecracker factory on the northern outskirts of the Indian capital on Saturday, killing at least 17 workers, a fire official said.

A dozen fire engines took three hours to douse the fire in the Bawana industrial area of New Delhi.

Seventeen bodies were recovered and one injured worker hospitalized, fire official K.C. Gupta said. A search operation was continuing for any more workers trapped in the two-story structure gutted by the blaze.

The cause of the fire was not immediately known.

There are fatal accidents nearly every year in India as people work in makeshift factories in the absence of proper safety standards.

In June of last year, 23 workers were killed when a blast occurred while they were producing firecrackers in Kheri village in the state of Madhya Pradesh in central India. The explosion triggered a blaze that engulfed the factory before firefighters put it out.

India has a huge demand for firecrackers, which are used in religious festivals and weddings.

Factories start producing firecrackers months before the nation's biggest Hindu festivals when people set them off in celebration.