A safety hood on a motor testing operation fell and struck him.

AMES, Iowa (AP) — Officials say a worker at an Ames hydraulic motors manufacturer has died in a work-related accident.

Danfoss employee John Lavery, 45, of Ames, died Thursday afternoon after a safety hood on a motor testing operation, often referred to as a test stand, fell and struck him.

The safety hood serves as a protective shield to protect operators during the testing procedure, a news release said.

The plant says it's investigating along with federal Occupational Safety and Health Administration officials.

The company halted all production operations at the plant until further notice. 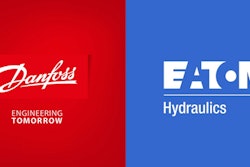