The facility was 'shut down in a controlled state and is offline.' 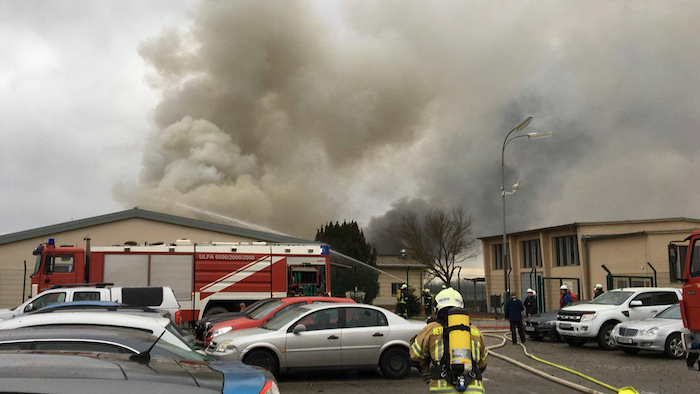 Photo provided by Red Cross section Gaenserndorf shows a firefighter in the gas station in Baumgarten an der March, Austria, near the Slovakian border, Tuesday, Dec. 12, 2017 after an explosion occurred.
RKNoe/Moetz via AP

BERLIN (AP) — An explosion Tuesday at a major natural gas facility near Austria's border with Slovakia left one person dead and 21 injured, and caused some gas flow disruptions to other countries, authorities said.

One person was seriously injured and 20 others slightly hurt in the morning blast at the plant in Baumgarten an der March, east of Vienna, police said. No one was in a life-threatening condition. The facility's operator said all the victims were Austrian.

The explosion set off a fire, which operator Gas Connect said was quickly contained and completely extinguished by mid-afternoon. The facility was "shut down in a controlled state and is offline," the company said.

Police wrote on Twitter that the explosion was triggered by a "technical cause," but didn't elaborate and said that local authorities are investigating. Gas Connect said it also suspects an unspecified technical fault.

Gas Connect describes the Baumgarten plant, where pipelines bringing gas from Russia, Norway and other countries connect and gas is compressed and cooled, as one of Europe's most important gas supply hubs.

"Austria's natural gas supply can be covered for the foreseeable future," the company said on its website. However, "transit through Austria to the south and southeast regions is currently negatively impacted," it added.

Neighboring Italy's Economic Development Ministry declared an emergency after the explosion interrupted the flow of natural gas to the country, but said Italy's supply of gas would be ensured by existing stockpiles.

Italy's SNAM natural gas transport network said flows could resume in the course of the day if it is confirmed that no transport infrastructure was damaged.