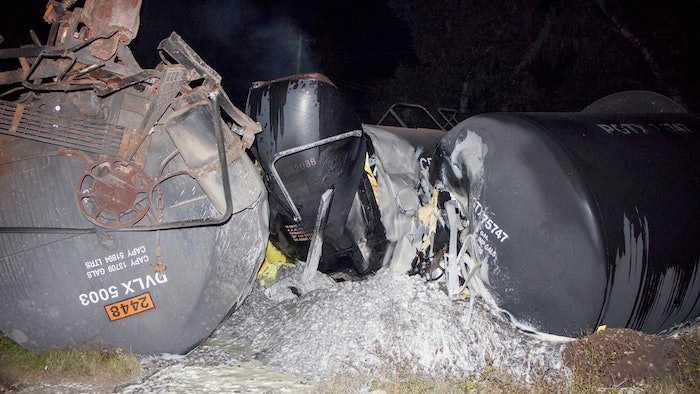 After the derailment, officials in Polk County asked nearby residents to shut off their air conditioners, close windows and stay indoors. But county spokesman Kevin Watler said in a later news release that residents are now free to leave their homes.

In a Facebook post, Polk County Fire Rescue officials said a crew returning from a medical call early Monday saw that the train had derailed near Lakeland. Firefighters put out a small fire.

Hazmat crews are working with CSX railroad, the Polk County Sheriff's Office and state officials to investigate the crash. No one was asked to evacuate.

Lakeland is between Tampa and Orlando in central Florida.