The nation's largest public utility must dig up its coal ash. 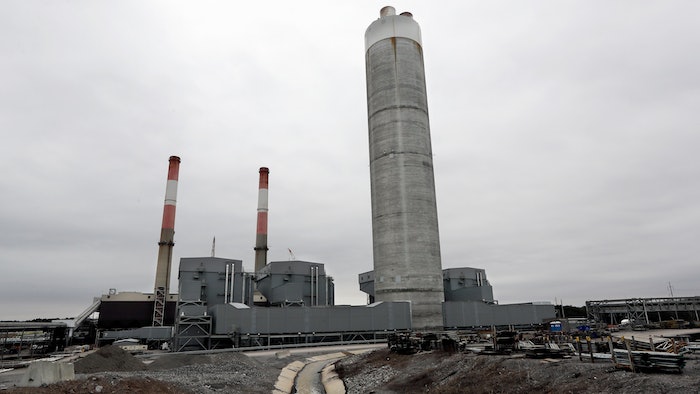 NASHVILLE, Tenn. (AP) — A federal judge on Friday ordered the nation's largest public utility to dig up its coal ash at a Tennessee power plant and move it to a lined waste site where it doesn't risk further polluting the Cumberland River.

U.S. District Judge Waverly Crenshaw in Nashville ruled in favor of the Tennessee Scenic Rivers Association and the Tennessee Clean Water Network, saying coal ash storage at Tennessee Valley Authority's Gallatin Fossil Plant has been letting pollutants seep into the river for decades in violation of the Clean Water Act.

As long as the coal ash remains at the plant about 40 miles from Nashville, dangers, uncertainties and conflicts will continue, Crenshaw wrote. However, he added that there's scant evidence so far of concrete harm beyond the mere risk and presence of pollutants.

He wrote that removing the ash is the only adequate way to resolve an "untenable situation that has gone for far too long."

"While the decision to build the Ash Pond Complex is in the past, the consequences of that decision continue today, and it now falls on the Court to address them," Crenshaw wrote. "The way to do so is not to cover over those decades-old mistakes, but to pull them up by their roots. TVA, as the entity responsible for the ponds, must be the entity to do so."

TVA has said it would cost roughly $2 billion for TVA to excavate and truck out the ash. Spokesman Scott Brooks said it's too soon to say if TVA will appeal the ruling, and the utility is reviewing the order. Brooks pointed out that the court noted no evidence of adverse human health or environmental impacts from the coal ash ponds.

TVA has said it would cost about $230 million and may be safer and more environmentally friendly to keep the ash where it is and cover it with a cap.

That method, also known as "closure in place," would amount to "rolling the dice" and hoping it's good enough, Crenshaw wrote.

"If closure in place did prove inadequate, the likely, if not inevitable, result would be yet more litigation — and, of course, decade after decade of the public simply having to hope that whatever unplanned, incidental leakage that was coming from the impoundments was not enough to do them significant harm," the judge wrote.

The case involves a coal ash pit that has been abandoned since 1970 and the coal ash ponds still in use.

TVA, which powers 9 million customers in parts of seven Southern states, says it's investing billions of dollars in safer ways to store coal ash and other waste from burning coal across its operations.

That includes converting all of its wet coal ash storage to dry storage, a decision made after a 2008 coal ash disaster at TVA's Kingston Fossil Plant in Tennessee. More than 5 million cubic yards of sludge from the plant spilled into the Emory and Clinch rivers that year, destroying homes in a nearby waterfront community.

"Like at Kingston, it was necessary to take TVA to court to force it to take responsibility for its coal ash pollution," said Beth Alexander, an attorney with the Southern Environmental Law Center, which represented one of the groups in the Gallatin lawsuit. "TVA will be required to do the right thing again, this time at Gallatin."

Both parties argued their cases in a four-day bench trial early this year. A separate state case over the same issue is scheduled for a December trial.