The number of earthquakes east of the Rocky Mountains have increased dramatically since 2009, which coincides with an increase in oil and natural gas production from shale formations.

According to the U.S. Geological Survey (USGS), the number of earthquakes east of the Rocky Mountains has increased dramatically since 2009. The USGS also states that these increases have coincided with the increase in oil and natural gas production from shale formations.

The release went on to say that induced seismic activity is most often caused by the underground injection of wastewater produced during the oil and natural gas extraction process. Most induced earthquakes are small enough that they don’t cause structural damage but can be felt by people.

In addition to the increased use of wastewater injection related to oil and natural gas production in the region, the geologic conditions in central Oklahoma are conducive to triggering seismic activity. The rock underlying the formations where disposal water is being injected has existing faults that are susceptible to the changing stresses caused by fluid injection. Without these geologic conditions, induced seismic activity would be much less common.

This is why induced seismic activity in the Bakken region of North Dakota and Montana is relatively rare.

The USGS in 2017 issued an updated seismic hazard forecast for the central and eastern United States that shows a significantly elevated risk when compared with pre-2009 levels but lower than their peak in 2015. The USGS report indicates that the recent decline may be related to decreased wastewater injection, because production in the region has decreased since the 2014 drop in oil prices. 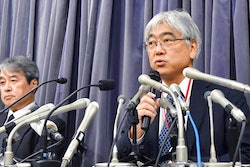 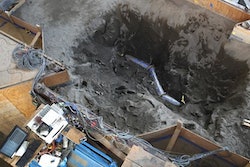