TOKYO (AP) — The Japanese government on Friday ordered a company that falsified quality data for earthquake "shock absorbers" used in hundreds of buildings to speed up an investigation and fix any problems quickly.

KYB Corp. said this week that it and a subsidiary had been faking data on the equipment designed to absorb quake shakings since the early 2000s. The materials allegedly were used in some venues for the Tokyo 2020 Olympics, including a swimming pool that is under construction, and the Tokyo Skytree, the city's landmark 634-meter (2,080-foot)-high broadcast tower.

It's the latest in a slew of data manipulation cases at automakers, steel makers and other manufacturers that have tarnished Japan's reputation for honest craftsmanship.

The issue is of special concern in Japan, where densely populated cities are carefully engineered to take into account risks from frequent, often powerful earthquakes.

The construction minister and experts say the false data do not mean the buildings equipped with the shock absorbers would fail.

KYB on Friday identified only 70 central and local government offices among nearly 1,000 affected apartment buildings, hospitals, sports halls, hotels and other facilities. Those were the only facilities that had given permission to be identified publicly, KYB executive Keisuke Saito told reporters in a news conference at the Ministry of Land, Infrastructure and Transportation.

The ministry was among the buildings identified as one of 11 sites whose quake-absorbing equipment failed to meet government quality standards. A fire station in Aomori in northern Japan, the Aichi prefectural government building in central Japan and prefectural buildings in Osaka and Kobe were also on that list.

"We are so sorry for our inappropriate actions," Saito said.

KYB said another 17 local government buildings had failed to meet higher standards set by building owners, while the status of 42 others, including the Finance Ministry building in downtown Tokyo, was not known.

The Skytree said its inspection found no safety problems involving the KYB equipment used in the structure.

The company has acknowledged it used unauthorized sealants and other materials in some of the devices.

Olympic Minister Yoshitaka Sakurada said Friday the situation was extremely regrettable, especially since the problem is linked to some Olympic venues. He said he will discuss the issue with Olympic organizers.

Experts, however, said safety margins should ensure that buildings constructed under current codes can withstand the most powerful quakes.

"We are not talking about a safety problem requiring an emergency response," Nagoya University engineering professor Nobuo Fukuwa, a construction materials and disaster expert, told NHK television. "Still, it's a serious blow to public trust, and something must be done to address people's concerns," he said.

KYB also is investigating some suspected devices that were exported to Taiwan, the Kyodo News agency said. 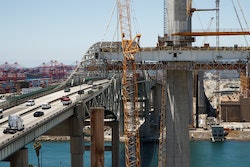 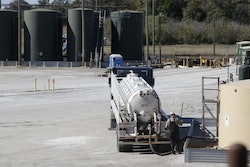 Fracking Can Cause Earthquakes Up to 6 Miles Away 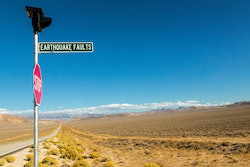