Workers at the W. Virginia facility were using bleach and preparing a tank for cleaning when the explosion occurred shortly before noon Wednesday.

PHILIPPI, W.Va. (AP) — An explosion at a West Virginia industrial plant has killed two people and injured a third.

Officials say the explosion was reported Wednesday at Midland Resource Recovery, a company based in Ontario, Canada, that odorizes natural gas.

Barbour County Sheriff's Department Chief Deputy Brett Carpenter said the names of those who died wouldn't be released until family members were notified. The injured person was taken to a hospital.

The West Virginia Department of Environmental Protection says workers at the facility outside Philippi were using bleach and preparing a tank for cleaning when the explosion occurred shortly before noon Wednesday.

Spokeswoman Joanna Hawkins says the U.S. Occupational Health and Safety Administration was notified and is looking into it.

Scientist Behind Vaccine Says Next Pandemic May Be Worse 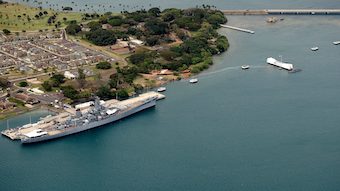 Hundreds of residents in Navy housing have complained of a fuel-like odor coming from their tap water.
Dec 2nd, 2021

Living too close to drilling sites has been linked to a range of health risks, especially to children.
Nov 30th, 2021

And officials took the extra step of urging people 50 and older to seek one.
Nov 22nd, 2021
Follow Us
Most Recent