BISMARCK, N.D. (AP) — A federal judge is allowing the developer of the Dakota Access oil pipeline to keep secret some but not all pipeline information that the company believes could be useful to vandals and terrorists.

U.S. District Judge James Boasberg said in a ruling dated Friday that information such as spill risks at various points along the pipeline should be shielded from public view but that certain details relating to how a spill might be handled don't warrant such protection.

Two American Indian tribes who oppose the pipeline had argued that the spill risk data could bolster their case that more environmental study is needed. Attorneys for the Standing Rock and Cheyenne River Sioux didn't immediately respond to requests for comment Wednesday.

Vicki Granado, a spokeswoman for pipeline developer Energy Transfer Partners, declined to comment, citing the tribes' ongoing federal lawsuit over the $3.8 billion project to move North Dakota oil to a distribution point 1,200 miles away in Illinois.

The Texas-based developer in February asked Boasberg to shield information that it contends could be used by anyone "with the malicious intent to damage the pipeline." At the time, there had been about 750 arrests of anti-pipeline activists in North Dakota since August, and also vandalism to company equipment in Iowa and North Dakota during construction. In March, there were confirmed instances in which someone apparently had used a torch to burn holes through empty sections of the pipeline at aboveground shut-off valve sites, though no one was arrested.

Attorneys for the tribes, which are suing because they believe the pipeline threatens water, sacred sites and their religion, objected to the company's request to keep documents secret. They called the company's reasoning "a ruse" to conceal documents that undermine its assertion that no further environmental review of the pipeline is needed because it's safe.

The Army Corps of Engineers, which also is a defendant in the lawsuit because it permitted pipeline water crossings, maintained that only a limited amount of the information should be kept from public view based on analyses by the Transportation Security Administration and the Pipeline and Hazardous Materials Safety Administration.

Boasberg reviewed those agencies' determinations before reaching his decision. The judge is allowing the shielding of documents that include such details as pipeline maps at certain crossings, information on detecting and shutting down spills, graphs of spill risk scores at various points along the pipeline, maps of spill scenarios, oil spill volume predictions and details related to monitoring systems.

Boasberg said "the asserted interest in limiting intentionally inflicted harm outweighs the tribes' generalized interests in public disclosure and scrutiny," noting that tribal attorneys would be privy to the information anyway as their lawsuit proceeds. Standing Rock attorney Jan Hasselman has argued previously that public scrutiny of the documents could help the tribe.

Among the information that the judge won't allow to be kept from the public are the phone numbers of government agencies, the names of waterways that could be affected by spills, and maps and descriptions of oil spill handling methods. 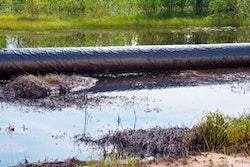 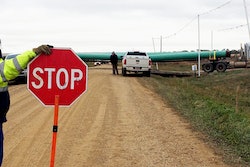 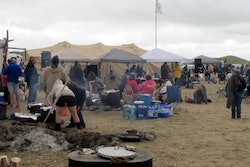