The citations were issued weeks before a Saturday rally to support unionization by the United Auto Workers, where pro-union speakers are likely to denounce the company's safety record. 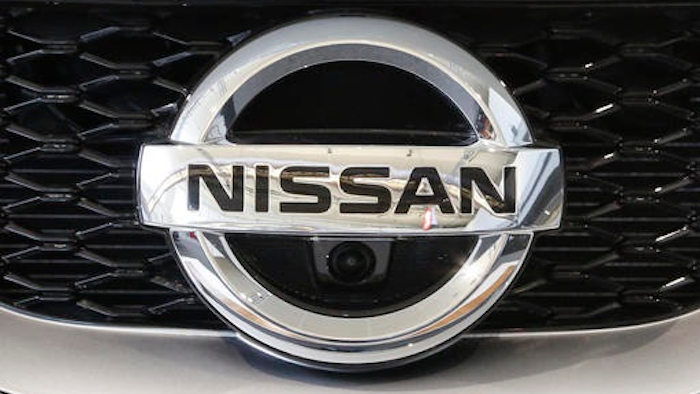 The citations were issued weeks before a Saturday rally to support unionization by the United Auto Workers, where pro-union speakers are likely to denounce the company's safety record. Nissan, though, defends its safety record as "significantly" better than average.

The U.S. Occupational Safety and Health Administration, in proposed citations Feb. 10, said the company failed because the worker didn't know how to disable the line before he tried to work on it. OSHA also demanded that Nissan install buzzers and lights that would warn workers before a conveyor line started.

"This issue is still open," he told The Associated Press. "We're still working through the process."

The company also faces a potential $29,000 fine following a November worker death at its Smyrna, Tennessee, assembly plant. Nissan has said it's contesting that fine.

Union advocates frequently voice safety concerns about the Mississippi plant. U.S. Sen. Bernie Sanders of Vermont is supposed to headline the rally, organized by the pro-union Mississippi Alliance for Fairness at Nissan. The alliance seeks to link support for the union with civil rights for African-Americans, saying Nissan is unfairly hostile to unionization efforts. Workers in Smyrna rejected the UAW in 1989 and 2001 votes, but no election has been held at the Mississippi plant in Canton.

"Nissan has union representation at 42 out of its 45 plants around the world," Sanders said in a statement. "The American South should not be treated differently. What the workers at the Nissan plant in Mississippi are doing is a courageous and enormously important effort to improve their lives."

The company in the past has said that it opposes a union at the plant, but now says the choice is up to workers, although pro-union workers complain that Nissan continues to tell them to reject the UAW. The union has mounted a multiyear campaign trying to get the company to sign a neutrality agreement before a union vote, and has been trying to pressure Nissan through the French government's ownership stake in Nissan's business partner, the Renault Group.

"Nissan respects and values the Canton workforce, and our history reflects that we recognize the employees' rights to decide for themselves whether or not to have third-party representation," Nissan spokeswoman Parul Bajaj said.

OSHA first sought to inspect the plant after the Japan-based automaker reported the amputation. But when an inspector asked that two particular employees be included as worker representatives, Nissan balked and began fighting the issue in federal court.

The Nissan Workers Organizing Committee, a group of workers who support the UAW, had previously sent a petition signed by 41 workers to OSHA. It asked the agency to recognize committee nominees as worker representatives.

Federal law governing OSHA allows workers to be represented during inspections, but the provision is mainly used in plants that are already unionized. Nissan ultimately agreed to allow the workers to take part if they got training to be part of the plant's safety committee.

The inspection at the Canton complex, where 6,400 people work for the automaker and its suppliers, finally took place on Dec. 2.

Bajaj said the Canton plant has a "significantly" better safety record than the national average for the automotive industry, based on federal data on time lost to injuries. She said the company is trying to find ways to prevent future injuries.