Boeing's massive win gives the company a boost for Trump's visit, who blasted the manufacturer for the cost of building a new Air Force One. 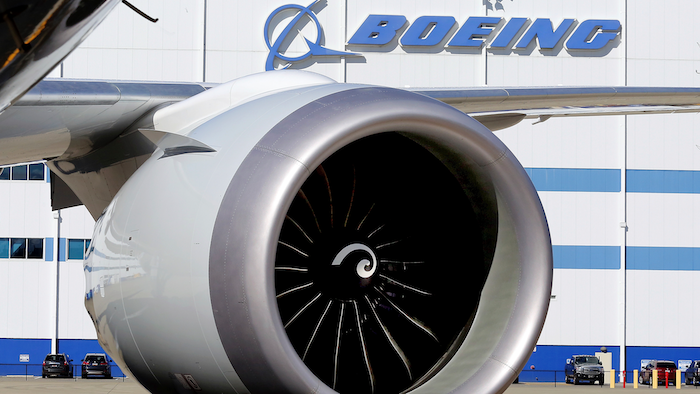 COLUMBIA, S.C. (AP) — Boeing workers' overwhelming anti-union vote at the aviation giant's 787 Dreamliner plant in South Carolina is a big victory for Southern politicians and business leaders who have lured manufacturing jobs to the region on the promise of keeping unions out.

It's also a win for the company that will host President Donald Trump at its North Charleston facilities Friday.

Nearly 3,000 workers were eligible to vote Wednesday on representation by the International Association of Machinists and Aerospace workers. According to Boeing, nearly 74 percent of the more than 2,800 votes cast were against representation.

It was a massive victory for union opponents, in line with longstanding Southern aversion to collective bargaining. At 1.6 percent, South Carolina maintains the lowest percentage of unionized workers in the country, according to the U.S. Bureau of Labor Statistics. Its neighboring states, North Carolina and Georgia, hover slightly higher but still in low territory, at 3.0 and 3.9 percent, respectively.

Other largescale Southern unionization efforts haven't met recent success. In 2014, Volkswagen workers in Chattanooga, Tennessee, turned down representation by the United Autoworkers. For years, organizers have campaigned for representation among Nissan workers in Canton, Mississippi, but no vote has been scheduled.

Boeing came to South Carolina in part because of the state's minuscule union presence.

"I think a failed vote isn't that big of a deal because that's frankly the norm in the South," said Jeffrey Hirsch, law professor who specializes in labor relations at the University of North Carolina at Chapel Hill. "The culture here, at least in recent memory, has not been pro-union."

Had the results at Boeing been reversed, Hirsch says, the ripple effect could have been dramatic. Politicians such as former South Carolina Gov. Nikki Haley -- who, directly and via her labor secretary Catherine Templeton, adamantly spoke against the need for unions here -- would be forced to rethink business recruitment strategies, and corporations also might think more carefully about locating in South Carolina.

"We'll make the unions understand full well that they are not needed, not wanted and not welcome in the state of South Carolina," Haley said in a 2012 address. She has since been appointed ambassador to the United Nations by President Donald Trump.

During her 2014 re-election campaign, Haley said she and others "discourage any companies that have unions from wanting to come to South Carolina because we don't want to taint the water."

Union opposition in this heavily Republican state is tied to politics, given Democrats' longstanding ties to organized labor. Any lenience toward unions could be seen as giving Democrats a toehold in the state, where both legislative chambers and the governor's office have long been controlled by Republicans.

"If they were successful it would be huge, I think," Hirsch says. "The numbers by themselves are not going to move the dial nationally in a substantive way, but the symbolism of it would be quite large."

Boeing workers will have to wait at least a year before voting again, and Machinist organizers have said they'll wait and see about their next steps. Despite more manufacturing jobs coming to the state, South Carolina saw the largest drop in union members as a percentage of employed workers over the past decade, according to BLS data.

It's not all bad news for unions in the South, however. In the face of falling union membership nationwide, six of the 11 states that were part of the old Confederacy saw more modest losses in that time. Mississippi, Florida and Virginia even saw gains.

Boeing's massive win gives the company a boost for Friday's visit from Trump, who blasted the manufacturer during last year's presidential campaign for the cost of building a new Air Force One.

Trump's visit will also be his first since naming law school dean R. Alexander Acosta as his pick to lead the U.S. Department of Labor, following the withdrawal of troubled nominee Andrew Puzder. Acosta has served on the National Labor Relations Board and as a federal prosecutor in Florida and was an assistant attorney general for civil rights under President George W. Bush.

In a statement on the union election, Boeing vice president and general manager Joan Robinson-Berry looked past the decisive vote to Trump's visit.

"It is great to have this vote behind us as we come together to celebrate that event," she said.