OROVILLE, Calif. (AP) — Officials raced to drain more water from a lake behind battered Oroville Dam as new storms began rolling into Northern California on Wednesday and tested the quick repairs made to damaged spillways that raised flood fears.

The three storms were expected to stretch into next week. Forecasters said the first two storms could drop a total of 5 inches of rain in higher elevation.

However, the third storm, starting as early as Monday, could be more powerful.

"There a potential for several inches," National Weather Service forecaster Tom Dang said. "It will be very wet."

Nonetheless, California Department of Water Resources chief Bill Croyle said water was draining at about four times the rate that it was flowing in and the repairs should hold at the nation's tallest dam.

About 100,000 cubic feet of water was flowing from the reservoir each second, enough to fill an Olympic-size swimming pool.

Croyle said work crews had made "great progress" cementing thousands of tons of rocks into holes in the spillways.

"We shouldn't see a bump in the reservoir" from the upcoming storms, he said.

The reservoir has dropped 20 feet since it reached capacity Sunday. Croyle said officials hope it falls 50 feet by this Sunday.

Still, officials warned residents who have returned to their homes that the area downstream of the dam remained under an evacuation warning and they should be prepared to leave if the risk increases.

Some 200,000 people were allowed to return home Tuesday after being ordered to evacuate Sunday.

Sandra Waters, 42, of Oroville initially fled her home with little more than the clothes she was wearing. Now, she's preparing for the possibility of another evacuation by gathering food, clothing and sentimental items like photographs.

"You are always cautious when you live under a big dam, but we've always been pretty confident that it was safe and that it wasn't going to fail," she said.

Butte County Sheriff Kory Honea said some homes in the evacuation zone had been burglarized and deputies had made arrests.

He also called on private drone operators to refrain from flying their devices over the dam. Private drones can interfere with the repair work, which includes helicopters, he said.

The 770-foot-tall dam is located in Oroville, a small Gold Rush-era town along the Feather River in the Sierra Nevada foothills.

The region is largely rural, with its politics dominated by rice growers, orchard operators and other agricultural interests. It's dogged by the high unemployment rates endemic to farming communities.

Dump trucks and helicopters dropped thousands of tons of rocks and sandbags to shore up the spillways over the weekend and avoid what could be a catastrophic failure and flood.

The swollen lake reached its capacity over the weekend and spilled down an unpaved emergency spillway for nearly 40 hours, leaving it badly eroded. The problem occurred six days after engineers discovered a growing hole in the dam's main concrete spillway.

Croyle said teams were working on plans for permanent repairs to the dam's main spillway that could cost as much as $200 million.

As state officials puzzle through how to repair it, federal regulators have ordered California to figure out what went wrong.

In recent years, construction crews patched cracks — including in the area where water burrowed a huge pit last week. If the past repairs were not done properly, water could infiltrate and eventually tear through the concrete.

Inspectors with the state agency that operates and checks the dam went into the half-mile-long spillway in 2014 and 2015 and did not find any concerns, officials said.

Elsewhere in the state, officials say a reservoir in Santa Clara County is on the verge of spilling over for the first time since 2006. But unlike Oroville Dam, the Anderson Reservoir is not at risk of failure or causing major flooding, San Jose television station KNTV reported. 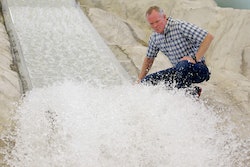 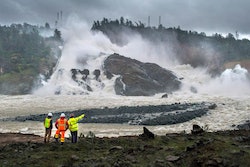 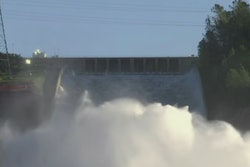 Managers Made Missteps in Dam Crisis