The explosion followed a fire in a pipeline between an area where liquids are unloaded from ships on the Rhine river and storage tanks. 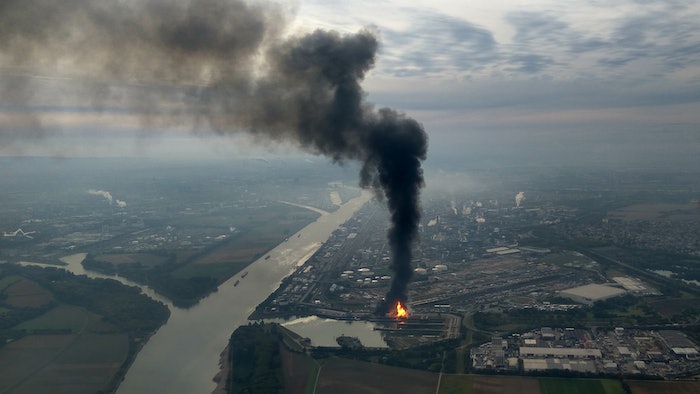 BERLIN (AP) — One person is still missing after an explosion at chemical firm BASF's plant in the southwestern German city of Ludwigshafen that left at least two people dead, the company said Tuesday.

The fire at a river harbor in the sprawling facility was extinguished on Monday night, about 10 hours after the explosion, BASF said. As of Tuesday morning, one person was still missing. Ludwigshafen fire service chief Peter Friedrich said that person is believed to be in the harbor, but it hasn't yet been possible to send in divers.

Eight people were seriously injured and another 17 had light injuries, BASF said. Two members of BASF's fire service have been confirmed dead.

Some of the injured had "very severe burns" and six of them were in intensive care, city official Dieter Feid said.

The explosion followed a fire in a pipeline between an area where liquids are unloaded from ships on the Rhine river and storage tanks. The BASF fire service had arrived at the scene when the blast occurred.

It isn't yet clear what caused the blast.