The company has regained some of its market share, but the efforts took a hit last month after it announced it was recalling some ice cream products after finding ingredients from a supplier were potentially contaminated with listeria. 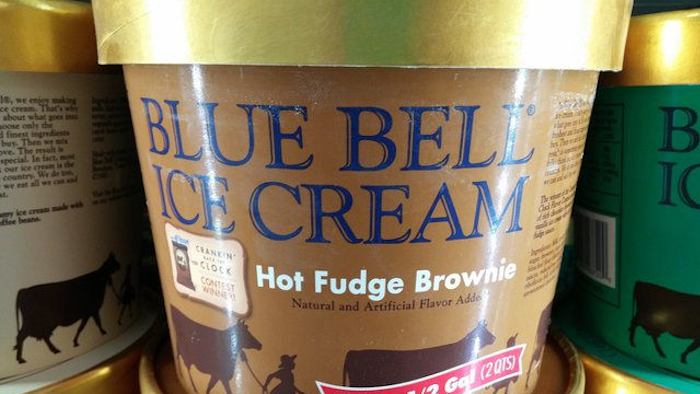 HOUSTON (AP) — In the wake of another recall of its ice cream products, Blue Bell has stood firm in its belief that a "robust" testing program it implemented following last year's listeria contamination is helping the company create safe treats.

But while the new recall — again linked to listeria and involving a third-party supplier — is likely to result in more regulatory and public scrutiny for Blue Bell, experts say it probably won't mean a substantial loss of customers.

Blue Bell had to shut down its flagship creamery in Brenham, Texas, about 70 miles from Houston, for a few months to fully clean after last year's recall, which was linked to 10 listeria cases in four states, including three deaths in Kansas. After it restarted production, state inspection records show increased preliminary tests from December 2015 through July indicated the presence of listeria on some non-food contact areas. This led Blue Bell to do additional cleaning and repairs to things like a break room and a floor drain.

The company has regained some of its market share, but the efforts took a hit last month after it announced it was recalling some ice cream products after finding chocolate chip cookie dough from a third-party supplier — Iowa-based Aspen Hills Inc. — that was potentially contaminated with listeria.

Tests by Blue Bell and the Texas Department of State Health Services found the presence of listeria in unopened boxes of the dough. It was first discovered Sept. 9; Blue Bell began buying the cookie dough in January.

Aspen Hills has said its lab results have been negative for listeria but it recalled its product because it found lapses in its food safety system. Blue Bell expanded its recall this week after Aspen Hills recalled additional supplies of its product.

Listeria can cause serious illness, especially in older adults, pregnant women and people with weakened immune systems. Blue Bell said that if testing shows the presence of listeria, it shuts down production lines and steam-treats equipment.

The state's inspection records show that suspected sources of listeria from November through July in the Brenham plant included a room where employees leave or cover their shoes before entering production areas, a break room, a floor drain near an ice cream filling machine and a doorway near a warehouse/distribution area. The preliminary findings of listeria prompted Blue Bell to take various actions, such as repairs, taking apart equipment for additional cleaning and adding sanitizing crystals in affected areas. None of these incidents resulted in a shutdown of the plant.

Brandon Henning, who works for a New Jersey-based company that creates quality control software, said he is encouraged by the various actions Blue Bell says it's taken.

"The reality for Blue Bell is they are going to have to perform above and beyond at least for the next several years where they don't have incidents or recalls and are trusted again by consumers and the federal government," Henning said, adding that ultimately it is Blue Bell's responsibility to ensure that its suppliers provide it with safe products.

In 2014, before the listeria outbreak, Blue Bell had about $680 million in revenues, said Evan Danckwerth, an analyst with research firm PrivCo. That fell to about $288 million last year, and is projected to be around $340 million this year. He noted that sales figures seem to indicate Blue Bell has retained customer loyalty.

In the wake of the current recall, Blue Bell said it continues to "refine our procedures, make additional physical enhancements in our facilities, and reinforce our employee training."