Samsung May Have to Test Every Single Battery

Samsung's battery supplier will have to X-ray test every single lithium-ion battery intended for the Note 7 before the batteries are shipped.

Youkyung Lee
In this Sept. 10, 2016, file photo, a woman walks by an advertisement of the Samsung Electronics Galaxy Note 7 smartphone at a subway station in Seoul, South Korea. South Korea's government asked Samsung Electronics to extend the refund period for its Galaxy Note 7 smartphones that have been subject to an unprecedented global recall.
AP Photo/Ahn Young-joon, File

SEOUL, South Korea (AP) — Samsung Electronics on Thursday was ordered to carry out more safety checks of its Galaxy Note 7 smartphones before they go back on sale following an unprecedented global recall after defective batteries caused some of the phones to burst into flames.

Under a recall plan agreed to by the Korean Agency for Technology and Standards, Samsung's battery supplier will have to X-ray test every single lithium-ion battery intended for the Note 7 before the batteries are shipped, and Samsung Electronics will also carry out a quality test on every battery when it arrives from the supplier.

"If there are 10 million units, all 10 million will be reviewed," said Nam Taek-joo, the official at the government agency responsible for product safety and recalls.

Samsung Electronics also agreed to do more for consumers who wish to ditch their Note 7s and get another brand. Consumers who missed a deadline on Monday to get a refund for the Note 7 smartphone, now have until the end of the month to get an iPhone or any similar device from the same mobile carrier in exchange for the Note 7.

The Galaxy Note 7 phone went on sale in August to glowing reviews but has now become Samsung's biggest crisis in years. With consumers reporting that the high-end phones were overheating and catching fire, Samsung stopped sales on Sept. 2, just two weeks its launch, and recalled 2.5 million units citing a battery manufacturing error.

But the recall caused confusion as Samsung sent conflicting messages about whether it was safe to continue using the phone. This week, it started shipping new Note 7 phones with safe batteries in the United States, South Korea and other countries, while urging consumers to hand in their phones for replacements.

The product safety agency said Samsung had also agreed to send text messages to individual Note 7 users who still have not exchanged their possible dangerous phones for new ones.

"We need more measures to actively inform consumers," Nam said. "It appears that consumers are not active in seeking an exchange or a refund."

Employees at mobile carrier shops in Seoul said Samsung had not supplied them with enough units of the new Note 7 phones, meaning some customers will have to wait to exchange their old ones.

Samsung Electronics did not answer emails on Thursday seeking comment.

Samsung has received 92 reports of the batteries overheating in the U.S. alone, including 26 reports of burns and 55 reports of property damage, including fires in cars and a garage.

The U.S. Consumer Product Safety Commission issued an official recall on Sept. 15. The commission website said consumers can get a refund or a new replacement device and it did not say if there is a deadline for getting a refund.

In South Korea, the government did not issue an official recall but the company was required to submit the voluntary recall plan for the government to review. 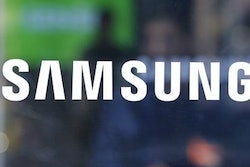 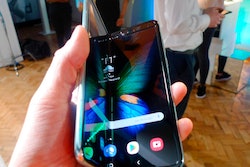 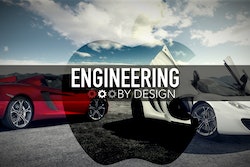