A 'risky' antiquated telephone alert system was a possible underlying cause of the violent head-on train crash.

Francesco Sportelli
A view of the scene of a train accident after two commuter trains collided head-on near the town of Andria, in the southern region of Puglia, killing several people, Tuesday, July 12, 2016.
Luca Turi/ANSA via AP

As the investigation progressed, recovery operations continued Wednesday using a giant crane and an extra locomotive to remove the mangled cars and debris of the two commuter trains that slammed into one another on the sole rail line just before noon Tuesday in the neat olive groves of southern Puglia.

The official death toll stood at 23, including the two train engineers and a farmer working his fields who was killed by flying debris from the crash. The prefect of Barletta, Clara Minerva, said relatives reported another four people unaccounted-for and suggested that their remains could have been scattered within the wreckage, particularly in the area of highest impact.

Local officials said that of the 51 people originally hospitalized, 27 were released. Seven of those still hospitalized were in critical condition. One of the injured was a 7-year-old boy whose grandmother was killed.

"Today is his 7th birthday. He doesn't know about his grandmother," said Giovanni Gorgoni, head of Puglia's health department, adding that the boy had a slight fever from an infection from the flying shards, but no broken bones.

In a briefing to Parliament, Transport Minister Graziano Delrio confirmed that the particular single stretch of track between the towns of Andria and Corato didn't have an automatic alert system that would engage if two trains were close by. Rather, the system relied on stationmasters phoning one another to advise of a departing train and proceed only if the receiving station confirmed the single track was free.

The phone system "leaves an entirely human management and is among the least evolved and most risky ways of regulating railway circulation," Delrio told lawmakers. He said the single rail track used in the area isn't dangerous if "advanced technology is applied."

Delrio said of the 3,000 kilometers of regional secondary railways in Italy, a single track is used for 2,700 kilometers. Fewer than 300 kilometers of that uses the old-fashioned phone alert system, officials said.

Andria Mayor Nicola Giorgino said the crash was particularly tragic and "paradoxical" since work was to begin within a few months to build a second track on the route.

In fact, the work was supposed to have begun years ago, and EU funding was secured when it was first proposed for the 2007-2013 period. According to the national investment and development agency Invitalia, the EU Regional Development Fund had approved 62 percent of the 180-million-euro investment into improvements for the north-Bari rail line that included a second track for the Corato-Andria line.

But it was never built. EU officials said the delay was due to "difficulties related to the acquisitions of permissions in the region." As a result, the works are now expected to be completed in the 2014-2020 period, Delrio said, adding that the bidding process was due to start on July 16.

Trani Prosecutor Francesco Giannella said the delay in the track-doubling work would be part of the investigation. "We will investigate on the delays of the work on the line and on the deficiencies in the security system," the ANSA news agency quoted Giannella as saying.

Wednesday brought the gruesome task of families identifying the dead. Many relatives wailed outside the Bari morgue, demanding justice, questioning how a single rail could still be in use in 2016 and warning national authorities not to abandon them. Their lament was evidence of the strong distrust many southerners have toward a government that has historically ignored the south in favor of the more-developed north.

"We went around all the hospitals, all day," said Giuseppe Colaleone, the brother-in-law of a passenger. "In the end we came here. My brother said she (his missing wife) had a necklace with the letter M on it, and a scar here, signs that could identify her. A nurse said they have probably identified her."

The trains were operated by a private, Bari-based rail company, Ferrotramviaria, which connects the city of Bari with Puglia towns to the north and the airport. Ferrotramviaria's chief, Massimo Nitti, blamed the slow pace of improving the rail line on Italy's bureaucracy, saying the bidding process and legal recourses can eat up years and years.

He said that in the 10 years since the project had been approved, 37 kilometers of second track had been laid and another eight kilometers was due to be completed by 2018.

"Unfortunately this is Italy," he said, when pressed by a Sky TG24 correspondent to explain the paltry progress.

Nitti also defended the use of the phone alert system, saying it had worked for 51 years without incident.

"Telephone consent is allowed, it's recognized," he said. "Obviously, it depends on the capacity of the line."

He said investigators had acquired all the telephone communications between the two stations and that the investigation would point to who made a mistake.

"It's completely obvious that one of those trains shouldn't have been there," he told Sky.

Delrio, the transport minister, stressed that the national government bore no responsibility for the incident, and that security for regional trains was up to the operator in charge, Ferrotramviaria. 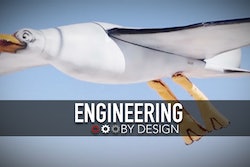