If that electric, turbine-powered sanitation vehicle is quiet as a Prius on Saturday morning, then it’s one sweet ride in my book.

Admittedly, Elon Musk and his line of electric sports cars are much sexier and attention-getting, than say … garbage trucks. Then again, if that sanitation vehicle is as quiet as a Prius early on a Saturday morning, then that’s one sweet ride in my book.

Tesla co-founder Ian Wright might agree. After splitting from Musk more than a decade ago, he’s back with his company WrightSpeed, and their Range-Extended Electric Powertrains called Route.

Wright figures that one of the best ways to reduce transportation pollution and fossil fuel usage is by targeting heavy duty fleets.

Essentially, Route functions like the powertrain in your typical hybrid-electric automobile, but instead of a piston-fired engine, it uses an onboard turbine generator, called Fulcrum, to recharge the batteries that power the electric motors that make the wheels turn.

According to the company, Fulcrum’s enhanced efficiency and ability to provide power will the vehicle is in operation, help alleviate any concerns about horsepower or loss of charge.

Regenerative breaking is also featured, and Fulcrum can run on gasoline, liquefied or compressed natural gas, or even biogas. The conventional plug-in approach also works, and, like their smaller siblings, less mechanical motion translates to a quieter, more efficient vehicle.

Wrightspeed projects annual fuel savings as high as 74 percent, and as much as $25,000 a year could be saved in maintenance costs when compared to a diesel counterpart. Although too difficult to project, countless hours of peaceful slumber might also be preserved.

Can IoT Save Us from Food Waste? 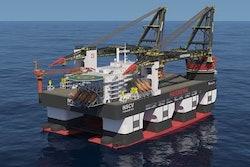