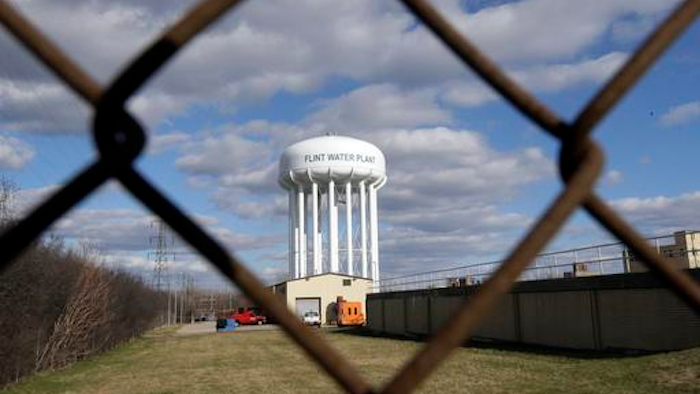 The lawsuit charges LAN and Veolia with professional negligence and public nuisance. Veolia was also charged with fraud.

The companies were hired by the city to assist while it was under state emergency management.

LAN, based in Houston, began working with Flint in 2013 to prepare its plant to treat new sources of drinking water, including the Flint River. Veolia was hired in 2015 to address the city's water quality.

The struggling city of nearly 100,000 has been dealing with poor water quality since switching from the Detroit system, which draws from Lake Huron, to the Flint River in April 2014. It was intended as a short-term measure to save money while another pipeline to Lake Huron was under construction.

Residents quickly complained that the water looked dirty and tasted and smelled bad. E. coli bacteria hit unsafe levels. And last September, state officials acknowledged a failure to add chemicals to limit corrosion had enabled the river water to scrape lead from aging pipes, exposing people in some homes and schools to the potent neurotoxin.

Flint was under state management at the time, leading to an apology from Gov. Rick Snyder. Flint returned to the Detroit system in October 2015. Criminal charges have already been filed against two state Department of Environmental Quality officials, while Flint's utilities administrator pleaded no contest to willful neglect of duty, a misdemeanor.

Email and phone messages seeking comment from Veolia and Lockwood, Andrews & Newnam were not immediately returned.