Fiat Chrysler to Halt Use of Takata Air Bag Inflators

FCA expects to stop using inflators without the explosive drying chemical in global production by mid-September. 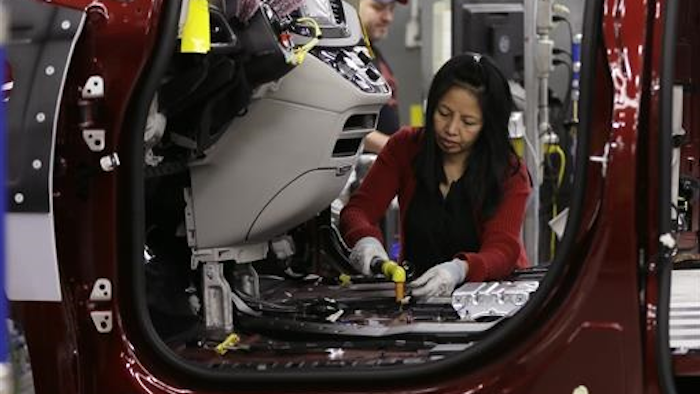 DETROIT (AP) — By next week, Fiat Chrysler plans to stop producing new vehicles in North America with the most dangerous type of Takata air bag inflators.

The company says its factories will stop using inflators that don't have a chemical drying agent. Inflators with a drying agent have been shown in tests to be much safer.

Takata inflators can explode with too much force and send shrapnel into drivers and passengers. At least 11 people have died worldwide due to the problem. Automakers are recalling up to 69 million inflators in the U.S. without the drying agent. Inflators with the drying agent also could be recalled in a few years if Takata can't prove they are safe.

FCA expects to stop using inflators without the drying chemical in global production by mid-September.

The passenger-side air bag on the 2016 Jeep Wrangler is the last FCA inflator in use in North America without a drying agent. FCA says it's unaware of that part failing.

Members of Congress have criticized automakers for selling vehicles that have Takata inflators without the drying agent because eventually they will have to be recalled.

Takata uses the chemical ammonium nitrate to create a small explosion to fill air bags in a crash. But over time and when exposed to high heat and humidity, the chemical can deteriorate and burn too fast. It then can blow apart a metal canister designed to contain the explosion.

The U.S. National Highway Traffic Safety Administration concedes that new cars with Takata inflators that don't have the drying agent will have to be recalled. But the agency says it takes at least six years for ammonium nitrate to deteriorate and pose a danger. The agency has a schedule to recall all inflators without the drying agent during the next three years.

Recalls have been slowed because Takata and other inflator manufacturers can't make replacement parts fast enough.