Texting Too Powerful to be Corrected by Driver's "Sixth Sense"

According to researchers, a driver's mind can wander but a sixth sense keeps them safe from veering off course. Texting, however, "wreaks havoc on this sixth sense." 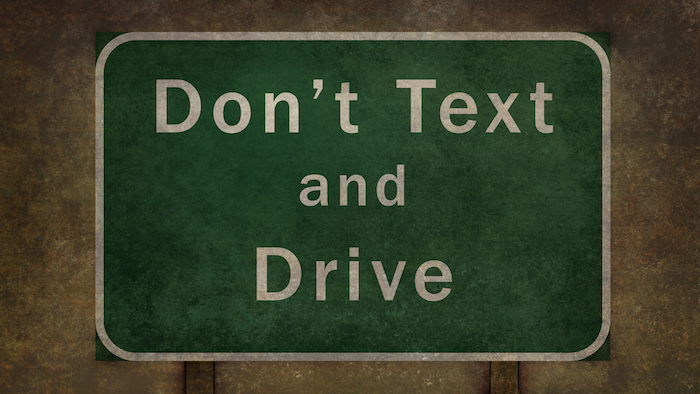 While much has been made about the dangers of texting and driving, less attention has been focused on the age-old distractions of being absent minded or upset while driving. A team of researchers from the University of Houston (UH) and the Texas A&M Transportation Institute (TTI) focused on all three of these important factors.

Led by Ioannis Pavlidis from UH and Robert Wunderlich of TTI, the research studied how drivers behave when they are absent minded, emotionally charged or engaged in texting. The work was funded, in part, by the Toyota Class Action Settlement Safety Research and Education Program.

The study looked at 59 volunteers who were asked to drive the same segment of highway four times - under 'normal conditions' of being focused on driving, while distracted with cognitively challenging questions, while distracted with emotionally charged questions and while preoccupied with texting trivialities. To avoid bias, the order of the drives was randomized.

In all three interventions - absent minded, emotional and texting - the researchers found that the drivers' handling of the wheel became jittery with respect to normal driving. This jittery handling resulted in significant lane deviations and unsafe driving only in the case of texting distractions. In the case of absent-minded and emotionally charged distractions, jittery steering resulted in straighter trajectories with respect to a normal drive and safer driving.

"A likely explanation for this paradox is the function performed by a part of the brain called the anterior cingulate cortex, or ACC," Pavlidis said. "ACC is known to automatically intervene as an error corrector when there is conflict. In this case, the conflict comes from the cognitive, emotional and sensorimotor, or texting, stressors. This raises the levels of physiological stress, funneling 'fight or flight' energy to the driver's arms, resulting in jittery handling of the steering wheel."

For ACC to perform this corrective function, it needs support from the driver's eye-hand coordination loop. If this loop breaks, which it does when the driver texts, then ACC fails and the jittery handling of the steering wheel is left unchecked, resulting in a significant lane deviation and possible accident.

"The driver's mind can wander and his or her feelings may boil, but a sixth sense keeps a person safe at least in terms of veering off course," Pavlidis said. "What makes texting so dangerous is that it wreaks havoc into this sixth sense. Self-driving cars may bypass this and other problems, but the moral of the story is that humans have their own auto systems that work wonders, until they break."

Pavlidis and Wunderlich think the scientific and manufacturing community can benefit from their team's study. They posit that the question of what happens when self-driving cars experience failures needs to be asked now rather than later. Case in point, their research uncovers the mechanism that makes moderate cognitive and emotional distractions relatively safe, but only as long as the driver's natural tendency to handle multiple tasks is not overwhelmed.

"Following up on the results of our science study, we are currently looking into the development of a car system to monitor outward driving behaviors, such as steering jitter or lane deviation, as well as the internal state of the driver that causes them," Pavlidis said. "This system, which I call 'stressalyzer,' a play on the word breathalyzer, may serve not only as a 'black box' in car accidents, but also as a driver alert and prevention mechanism, since it will continuously sense a driver drifting to distracted mode."