The automatic transmissions in these pickup trucks, SUVs, and cars can suddenly downshift to first gear. 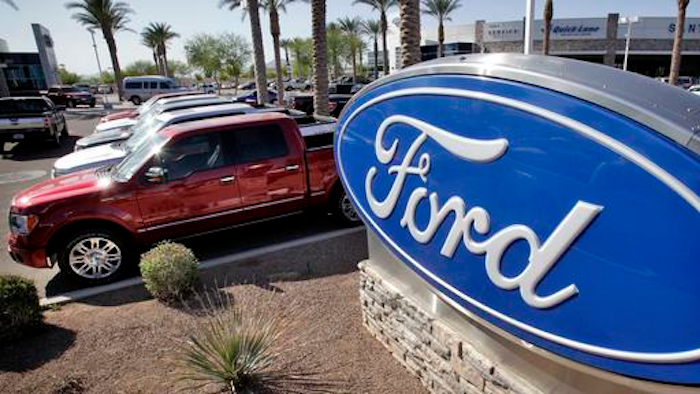 In this March 29, 2011 file photo, new 2011 Ford F-150 trucks are shown at a dealership in Glbert, Ariz. Ford is recalling nearly 202,000 pickup trucks, SUVs and cars in North America because the automatic transmissions can suddenly downshift to first gear.
AP Photo/Matt York

The company also said Wednesday that it's recalling more than 81,000 Explorer SUVs to fix a rear suspension problem.

The transmission recall covers the 2011 and 2012 F-150 and the 2012 Expedition, Mustang and Lincoln Navigator. Ford says a software problem in a speed sensor can force the vehicles into a downshift. The problem has caused three crashes but no injuries.

Dealers will inspect the sensors. If they find no trouble codes, they'll update software. If trouble codes are present they'll replace the part that houses the speed sensor.

The Explorer recall covers SUVs and Police Interceptor models in the U.S., Canada and Mexico from 2014 and 2015. Ford says the suspension links could fracture due to poor welds.

The company says in a statement that the problem has caused one crash and an injury.

Ford to Pay for Faulty Transmissions