Volkswagen says in the document that it does not believe a hearing or trial is appropriate, apparently because progress is being made toward a fix and compensation. 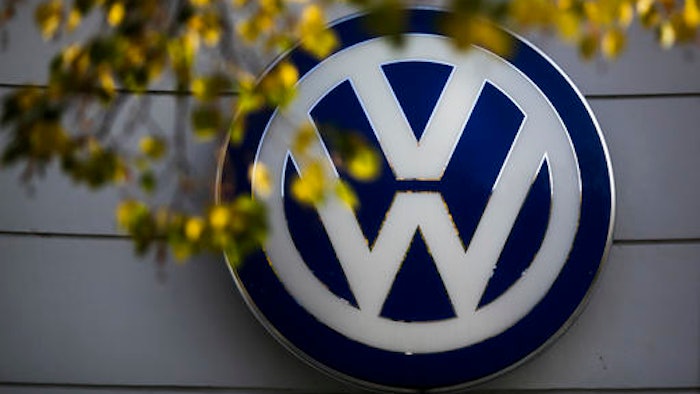 DETROIT (AP) — Lawyers representing thousands of people who own diesel Volkswagens that cheat on emissions tests are asking a judge to order repairs and compensation if the company and government regulators don't agree to a fix by Thursday.

The request was made in a proposed agenda for hearing Thursday before Senior U.S. District Court Judge Charles Breyer in San Francisco.

It says the owners want an expedited hearing or a trial before the judge to get an order for "equitable relief" that would begin in July. Or they want a full trial that would include punitive damages against VW in the same time frame.

Volkswagen says in the document that it does not believe a hearing or trial is appropriate, apparently because progress is being made toward a fix and compensation. A solution could be revealed at Thursday's hearing.

Lawyers for the owners made the trial request in an effort to move the case along, said Carl Tobias, a law professor at the University of Richmond. The cases have lingered since last fall with the polluting cars still on the road, leaving owners to wonder if VW will buy them back or come up with a repair that will hurt their performance and fuel mileage.

The owners filed dozens of lawsuits against VW after it acknowledged in September that it intentionally defeated emissions tests and put dirty vehicles on the road. The cheating allowed cars to pass laboratory emissions tests while spewing harmful nitrogen oxide at up to 40 times the level allowed when operating on real roads.

"I think a lot depends on what progress has been made or whether the judge is satisfied, or whether he moves on to the proposals that the plaintiffs are offering," Tobias said, adding that it might be difficult to be ready for a trial in July.

The first item on Thursday's agenda is a report on the status of fixing the cars and "related discussions." It also includes a request to add the Federal Trade Commission to the case. The FTC has sued VW alleging deceptive advertising. The owners' lawyers also are seeking documents that Volkswagen provided to the law firm Jones Day, which the company has hired to investigate how the cheating happened.

Volkswagen and the U.S. Environmental Protection Agency, which has accused the company of cheating, would not comment on whether an agreement would be announced at Thursday's hearing.

The Justice Department, which has sued VW on behalf of the EPA, said in the agenda document that it would withhold comment on the request for a trial until it finds out what claims and issues would be tried. A spokesman would not comment Tuesday.

A message was left Tuesday morning for Elizabeth Cabraser, the lead attorney for the plaintiffs.

During a hearing in March, Breyer said that VW and government regulators must present a detailed plan within a month on getting the cars to comply with clean air laws, or risk the possibility of a trial this summer. Breyer said he wants to know the timing of the fix and any planned payments to owners, among other details, by Thursday.

The judge also said that former FBI Director Robert Mueller told him Volkswagen, government regulators and attorneys for car owners had made substantial progress toward a resolution that would get the polluting cars off the road. He did not provide any details. Breyer appointed Mueller to oversee settlement talks.

The parties were not able to immediately announce the solution because engineering technicalities and other important issues still needed to be resolved, Breyer said Mueller told him.

Volkswagen has hired compensation expert Kenneth Feinberg to come up with a formula to pay diesel owners due to the cheating. But he says he can't take any action until VW, the EPA and the California Air Resources Board agree on a fix.

EPA Could Do More to Catch VW-Type Fraud