The FDA found that the high-end seafood company's products were prepared, packed and held under unsanitary conditions.

HANCOCK, Maine (AP) The Department of Justice says a high-end Maine seafood company has been shut down for repeated food safety violations and unsanitary conditions.

The Portland Press Herald reports (http://bit.ly/1U5ZZHm ) a federal judge on Friday signed a consent decree of permanent injunction against Mill Stream Corp., which does business as Sullivan Harbor Farm.

Authorities say the action followed repeated warnings by the Food and Drug Administration. The agency found that the company's products were prepared, packed and held under unsanitary conditions.

The agency also found rodent excrement near where smoker trays are cleaned and apparent black mold on the door frame of a freezer.

The company was founded in 1992 and has annually made about 75,000 pounds of smoked fish and fishery products.

No one from the company was available to comment. 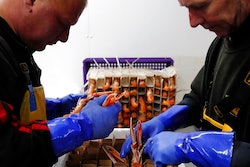 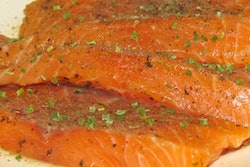 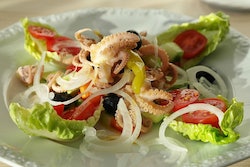