The U.S. Chemical Safety Board's unanimous vote also adopted recommendations that federal regulators set higher standards for safe handling and storage of fertilizer-grade ammonium nitrate. It came at the end of a three-hour public meeting in Waco, at which investigators presented the findings of their examination of the West Fertilizer Co. plant explosion.

The blast in the Central Texas town of West killed 15 people, including volunteer firefighters trying to extinguish the blaze that led to the explosion. It injured about 200 others and leveled part of the town.

According to the report, dozens of similar plants are still operating in Texas near schools, hospitals and residential neighborhoods. "The risk to the public from a catastrophic incident exists throughout the state of Texas," the report said.

Texas has 80 plants that store more than five tons of ammonium nitrate, a chemical used in fertilizer. Nineteen plants storing fertilizer-grade ammonium nitrate operate within a half-mile of a school, hospital or nursing home, according to the report. More than 30 of them are within a quarter-mile of a home or apartment building.

"The West plant was about 550 feet from the closest school, which sustained catastrophic damage as a result of the explosion, which could have resulted in additional loss of life had the school been in session at the time," the report noted. That explosion caused about $100 million in property damage, according to the Texas Department of Insurance, and insurance-related losses were approximately $230 million.

Federal regulators say the way the fertilizer was stored, with combustible materials nearby, and the lack of ventilation were contributing factors to the detonation. But they also cited a failure to conduct safety inspections of the plant, shortcomings in emergency response such as with hazmat training, and poor land planning that allowed development to sprout around the plant over the years.

The CSB report recommends that the U.S. Environmental Protection Agency require risk-management plans for plants storing large amounts of fertilizer-grade ammonium nitrate, and that the U.S. Occupational Safety and Health Administration set standards for handling the fertilizer ingredient as a highly hazardous chemical.

Among those killed in the April 2013 explosion were 12 emergency personnel, primarily with the West Volunteer Fire Department, who responded to the initial blaze. The report says the response to the fire was flawed for various reasons, including for not establishing an incident command center and a lack of understanding about the possibility of a detonation. It's not certain how the fire started, but inspectors have three possible scenarios: faulty electrical wiring, a short circuit in a golf cart stored at the plant, or arson.

West city officials declined to address the report's findings. A call to the plant owner was not returned, but officials there have denied allegations that the plant was negligent in how it handled and stored ammonium nitrate.

Navarro Mills Volunteer Fire Chief Phil Calvin, who lost one of his firefighters to the blast, told the board volunteer firefighters' first priority is to start fighting a fire, not to set up a coordinated incident command.

Calvin added that because the firefighters were from several different agencies, "they didn't have any way to communicate with West Fire Department to start with. They had no radios that could communicate with them. If the order was given to fall back, they never would have known it."

Another error regulators cited was a lack of communication between plant and municipal officials. Just two months before the explosion, the West Intermediate School was evacuated after the principal called 911 about a fire at the plant. Neither the 911 dispatcher nor any other emergency official had informed the school that the plant was conducting a controlled burn of pallets and brush, the report says.

The Chemical Safety Board issued its preliminary findings in April 2014, including that several levels of federal, state and local government missed opportunities to prevent the tragedy. 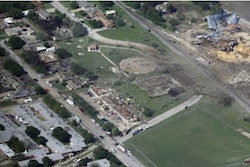 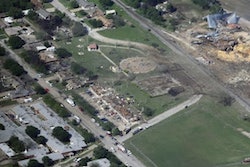