How low doses of chemicals affect your health

Toxicology’s founding father, Paracelsus, is famous for proclaiming that “the dose makes the poison.” This phrase represents a pillar of traditional toxicology: Essentially, chemicals are harmful only at high enough doses.

But increasing evidence suggests that even low levels of “endocrine disrupting chemicals” can interfere with hormonal signals in the body in potentially harmful ways.

Standard toxicity tests don’t always detect the effects that chemicals can have at lower levels. And, even when the data do suggest such effects, scientists and policymakers may not act upon this information in a timely manner.

Recognizing these challenges, the U.S. Environmental Protection Agency (EPA) asked a committee of scientists to study the issue in detail. How can we better identify whether chemicals have effects at low doses? And how can we act on this information to protect public health?

After several years of work, the committee’s report was released by the National Academy of Sciences in July. This landmark report provides the EPA with a strategy to identify and analyze data about low-dose health effects, as well as two case study examples. It is an evidence-based call to action, and scientists and policymakers should take notice.

What exactly is a “low dose”? The committee defined this as “external or internal exposure that falls with the range estimated to occur in humans.” That covers any level of chemical exposure that we would encounter in our daily lives.

Adverse health effects, as defined by the committee, can include any biological change that impairs a person’s functional capacity or ability to handle stress, or makes her more susceptible to other exposures.

To help the EPA better identify whether chemicals can have adverse effects at low doses, the committee developed a three-part strategy. First, actively collect a wide range of data with participation from stakeholders and the public. Then, analyze and integrate the available evidence in a systematic way. Finally, act on this evidence to improve risk assessments and toxicity testing.

To put this strategy into practice, the committee conducted a systematic review of two endocrine-disrupting chemicals. This involved assessing the relevant data from human, animal and cell-based lab studies. Each of these approaches has different strengths and weaknesses, so examining the evidence together offers insight that a single approach could not provide.

The first case study looked at phthalates, chemicals that increase the flexibility of plastic products such as shower curtains and food wrapping.

The second case study focused on polybrominated diphenyl ethers, flame retardants used for over 30 years. Though they are now being phased out, these chemicals remain a concern for humans. They are still present in older products and can persist in the environment for many years.

Based on data showing the impact of these chemicals on learning and IQ, the panel concluded that developmental exposure is “presumed to pose a hazard to intelligence in humans.”

During its review, the committee encountered a variety of barriers that could impede similar investigations into specific chemicals.

First, when reviewing evidence, it’s important to assess any systematic errors – also known as biases – that might have lead to incorrect results. These errors can arise from study design flaws, such as failure to properly blind the researchers during analysis.

Some journals have strict guidelines for reporting details related to bias, but many do not. Better adherence to reporting guidelines would improve scientists’ ability to assess the quality of evidence.

Second, the committee noted a discrepancy between the concept of doses used in human and animal studies. This made it difficult to compare data from different sources.

For example, most toxicologists simply report the dose that they delivered to animals. But some of that administered dose might not actually be absorbed. The actual internal dose of chemical circulating in the body and causing harm may differ from the amount that was administered.

By contrast, epidemiologists usually think about dose as the level of chemical they detect in the body, but they may not know how much of the chemical an individual was actually exposed to.

Finally, many toxicology studies focus on only a single chemical. This is a valuable way to identify how one chemical affects the body. However, given that we are all exposed to chemical mixtures, these procedures may be of limited use in the real world.

The committee suggested that toxicologists incorporate real-world mixtures into their studies, to provide more relevant information about the risk to human health.

This report demonstrates the challenges facing the field of toxicology and environmental health: How well can existing and emerging laboratory techniques predict adverse outcomes in humans?

Traditional animal experiments usually use high doses, which don’t necessarily reflect the real world. These studies can be an important first step in identifying health hazards, but they cannot accurately predict how or at what levels the chemicals affect humans. The committee noted that more relevant doses and better modeling could help mitigate this problem.

Emerging high-throughput testing techniques use cell-based methods to detect how a chemical changes specific molecular or cellular activities. These newer methods are increasingly used in toxicology testing. They have the potential to quickly identify harmful chemicals, but have yet to be fully accepted by the scientific community.

For these two case studies, the committee noted that high-throughput tests were not particularly helpful in drawing conclusions about health effects. Many of these studies are narrowly focused – looking at, for example, just a single signaling pathway, without indicating a chemical’s overall influence on an organism. Nevertheless, these methods could be used to prioritize chemicals for further in-depth testing, since activity in one pathway may predict a chemical’s capacity to cause harm.

Despite the imperfections of our testing methods, there’s already ample evidence about low-dose effects from many chemicals. The EPA should implement this new strategy to efficiently identify and act on problematic endocrine-disrupting chemicals. Only through such strong, science-based efforts can we prevent adverse effects from chemical exposures – and allow everyone to live the healthy lives that they deserve. 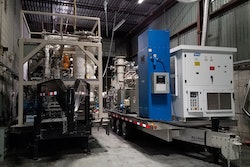