And it's a completely different problem than the one that was blamed for the two Max crashes. 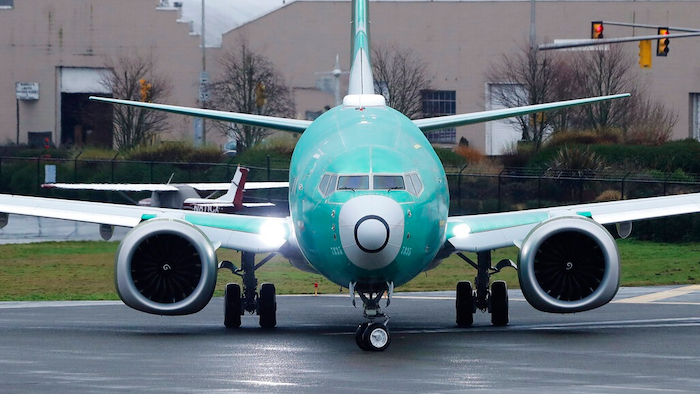 The Federal Aviation Administration said Friday it plans to fine Boeing $5.4 million for installing substandard parts on the wings of 178 of its 737 Max jetliners, which have been grounded since two crashes linked to other systems on the planes.

The proposed civil penalty follows an FAA announcement last month that it would fine Boeing more than $3.9 million for installing the same parts on other versions of the 737.

Boeing said it has no reports of the parts causing a problem during flights. The company said it is working with airlines to make corrections, and will make sure all inspections and any needed part replacements will be done before the 737 Max planes return to service.

The FAA proposed fine covers tracks that guide the movement of control surfaces called slats on the front of the wings on 737s — both the Max and the previous model of 737, called the NG. The slats give the planes extra lift during takeoffs and landings.

The FAA said that poor oversight of suppliers led Boeing to install tracks that could become brittle and weak because of mistakes during manufacturing.

The FAA said the faulty tracks were given cadmium-titanium plating in mid-2018 by Southwest United Industries, which supplied the finished tracks to Boeing contractor Spirit AeroSystems. Spirit later delivered them to Boeing.

Chicago-based Boeing has 30 days to respond to the FAA.