The lawsuit claims that DuPont massively downplayed the cost of environmental liabilities that Chemours would be saddled with when it spun off. 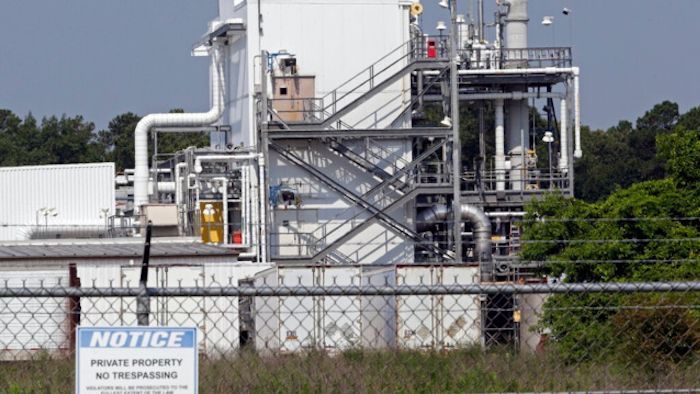 GEORGETOWN, Del. (AP) — The DuPont Co. is asking a Delaware judge to dismiss a lawsuit claiming that it massively downplayed the cost of environmental liabilities that Chemours would be saddled with when DuPont spun off its former performance chemicals unit.

An attorney for DuPont argued Wednesday that the lawsuit must be dismissed because the separation agreement with Chemours mandates that any disputes arising from the 2015 spinoff must be resolved through private arbitration.

DuPont attorney Robert Saunders also rejected the notion that DuPont deliberately set up Chemours to fail by shifting hundreds of millions of dollars in environmental liabilities to it. He suggested that it was in DuPont's best interest to ensure that Chemours had the financial wherewithal to indemnify DuPont for those liabilities.

"It's never been in DuPont's interest for Chemours to fail," Saunders said, adding that Chemours "just wants more money."

He noted that Chemours has distributed more than $1 billion to its stockholders through dividends and share repurchases.

Chemours attorney William Savitt countered that the Federal Arbitration Act requires clear consent from both parties for an arbitration clause to be enforceable. Chemours gave no such consent, he said. Savitt also argued that Chemours can't be forced to arbitrate because the provisions of the separation agreement are "unconscionable."

Vice Chancellor Sam Glasscock did not immediately rule on DuPont's motion to dismiss the lawsuit but said he would do so "as soon as I can."

When the separation agreement was being crafted, Chemours was a wholly owned subsidiary of DuPont, and all of parties involved, including the Chemours vice president who signed the agreement, were DuPont employees who owed their allegiance to the parent company and to its best interests.

"Is it consent when DuPont points to the nodding head of its employee?" Savitt asked.

Savitt also argued that the maximum environmental liability exposure figures DuPont certified prior to the spinoff have proven to be so far off base that they might not have been prepared in good faith, "but rather to clear a legal hurdle."

At the time of the spinoff, DuPont was facing multidistrict litigation involving 3,500 personal injury claims related to perfluorooctanoic acid — or PFOA — a chemical used in the production of Teflon. DuPont pegged the maximum liability for those cases at $128 million. It settled 19 months later for $671 million, with DuPont agreeing to pay half the settlement amount, and up to $125 million more toward costs of other PFOA-related litigation.

In a consent order with the state of North Carolina, Chemours agreed last year to pay a $12 million penalty and $1 million for investigative costs, and to sharply reduce air emissions of a compound known as GenX. The company says the total cost of the consent order will exceed $200 million.

"It is radical and extraordinary, the extent to which Chemours has been assigned liabilities that far exceed what was estimated," Savitt said.

Saunders, the attorney for DuPont, described Chemours' claims as "frivolous."

Chemours is asking Glasscock to declare that it is not responsible for liabilities exceeding the maximums certified by DuPont. It also wants to be able to get DuPont to cover any historical DuPont liabilities that exceed the caps. Alternatively, Chemours is asking that the $3.9 billion dividend it paid DuPont at the time of the spinoff be returned.