States first passed laws in the 1970s after art in native styles experienced an uptick in popularity and counterfeit goods flooded the market.

KANSAS CITY, Mo. (AP) — A California woman who is a member of a tribe that is not yet recognized by the federal government is suing over a Missouri law that says only artists from federally recognized tribes can market their creations as "Indian-made."

Peggy Fontenot alleges that the law is a violation of her First Amendment right to free speech. She is a member of the Patawomeck, a tribe recognized by the Commonwealth of Virginia, which is seeking federal recognition, reports The Kansas City Star.

The lawsuit over the Missouri law, which was passed last year, was filed in August in the U.S. District Court for the Western District of Missouri. Fontenot previously sued over a similar law in Oklahoma and won.

Republican state Rep. Rocky Miller, who is a citizen of the federally recognized Cherokee Nation of Oklahoma, said the goal of the legislation he sponsored was to crack down on fraudulent artists.

"It is a true theft of my heritage and the other true Native Americans' heritage when you do something like that," said Miller, who is from Lake Ozark. "And it's criminal if you profit off of it."

States first passed laws limiting who can market their goods as American Indian-made in the 1970s after art in native styles experienced an uptick in popularity and counterfeit goods flooded the market. In 1990, Congress passed the Indian Arts and Crafts Act.

In ruling in Fontenot's favor in the Oklahoma case, a judge noted that the federal law defines Native Americans as those who belong to state-recognized tribes, as well as federal ones.

Fontenot said that, prior to the 1990 federal legislation, she undertook the arduous process of tracing her genealogy back to the 1500s. She noted that when she exhibits her work at shows, she must show proof of identity.

"It's disconcerting that when I accomplished what they asked me to accomplish, laws like the Oklahoma law and the Missouri law are attempting to do away with that," Fontenot said.

Miller said he left out state-recognized tribes because states don't have a uniform method of vetting tribes. 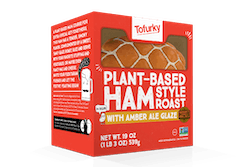 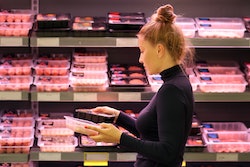 Removal of Dual Labeling for Meat 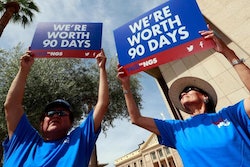