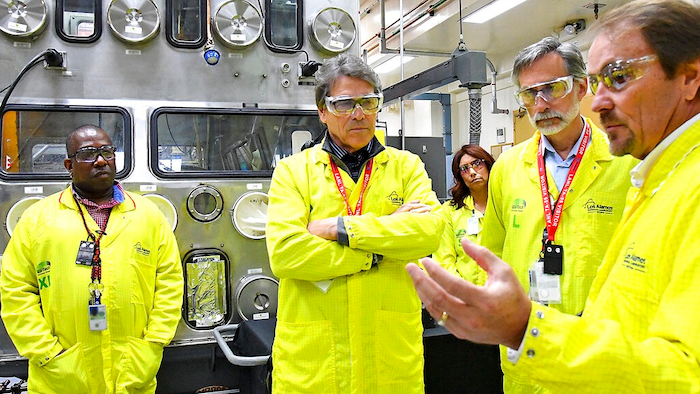 A federal appeals court on Tuesday ruled against Nevada in a battle with the U.S. government over its secret shipment of weapons-grade plutonium to a site near Las Vegas.

A three-judge panel of the 9th U.S. Circuit Court of Appeals denied the state's appeal after a judge refused to block any future shipments to Nevada. The court in San Francisco said the matter is moot because the Energy Department already sent the radioactive material and has promised that no more will be hauled there.

Nevada also wanted the court to order the government to remove the plutonium it shipped last year but didn't reveal had arrived there until January. The 9th Circuit said that issue also is moot because the state failed to include that request in its original motion seeking to block future shipments.

Nevada's attorney general says he'll continue to pursue all legal options to block unlawful shipments of weapons-grade plutonium to a site near Las Vegas after a U.S. appeals court denied the state's appeal in an ongoing battle with the federal government.

Nevada Attorney General Aaron Ford said in a statement late Tuesday he intends to continue to litigate the case because of the Energy Department's record of "deceitful behavior."

He didn't provide any details about his next legal move.

The state's options include requesting a rehearing before the full 9th Circuit or seeking a new court order to remove the plutonium that's already been shipped from South Carolina to Nevada.