The DOE has already shipped one-half metric ton of weapons-grade plutonium to a nuclear security site. 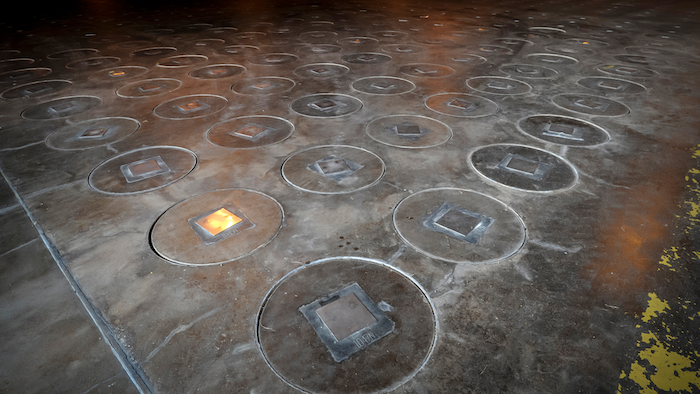 In this Nov. 20, 2013 file photo, radioactive waste sealed in large stainless steel canisters is stored under five feet of concrete in a storage building at the Savannah River Site near Aiken, S.C. Nevada and South Carolina are jostling for a home-field advantage of sorts in a federal court battle that could result in a metric ton of weapons-grade plutonium being stored 70 miles from Las Vegas.
AP Photo/Stephen B. Morton, File

The U.S. Department of Energy has disclosed that it already shipped one-half metric ton of weapons-grade plutonium to a nuclear security site in Nevada despite the state's protests.

Nevada had been asking a court to block the planned shipments and doubled down on that request Wednesday after the government revealed that it had already sent some of the radioactive material months ago.

Sisolak said at a news conference in Carson City late Wednesday that the state is pursuing "any and all legal remedies," including contempt of court orders against the federal government and anyone else involved.

He described the months-long negotiations with energy department officials over the plutonium shipped from South Carolina as a "total sham" and says they put Nevada residents at risk.

The Energy Department says the timing and the route the plutonium took to Nevada is classified information.

But state lawyers say their request to block the plutonium is more critical than ever after the energy department misled them about the shipments.

They say the government has created the "palpable suspicion" that more shipments are coming to Nevada.

The energy department approved shipping a metric ton of plutonium to Nevada from South Carolina by 2020. Its lawyers now say any additional material moved out of South Carolina will go elsewhere.

Nevada's congressional delegation has joined Gov. Sisolak in expressing outrage over the U.S. Energy Department's new disclosure that it has secretly shipped a half metric ton of weapons-grade plutonium to a site north of Las Vegas.

Sen. Catherine Cortez Masto says she's demanding that department officials come to her office on Thursday to explain how such a "reckless" decision was made.

The Democratic senators, along with Democratic Reps. Dina Titus, Susie Lee and Steven Horsford, are vowing to work with Sisolak, also a Democrat, to do whatever they can to keep any more plutonium from being shipped from South Carolina to Nevada.

The state argues the DOE has failed to adequately study the potential dangers of moving the material to an area that is subject to flash floods and earthquakes, and that the state's lands and groundwater may already be contaminated with radioactive materials.