Corn production has nearly doubled in the past 30 years, and without an ever-larger ethanol market farmers fear demand could plunge. 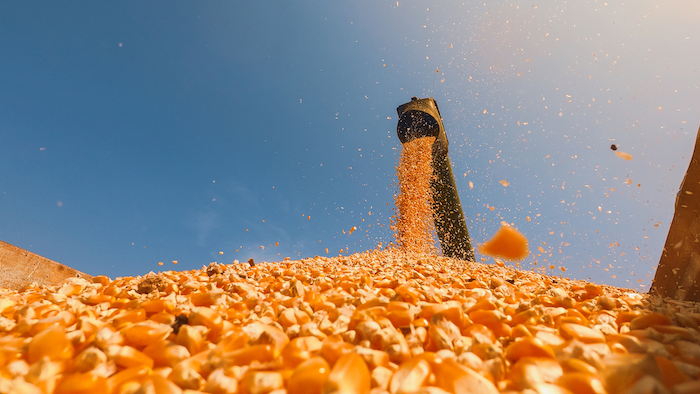 DES MOINES, Iowa (AP) — Midwest farmers and their Republican elected officials rarely miss a chance to shower President Donald Trump with praise when he takes actions they believe help agriculture, but they're now parsing their words over the administration's policies dealing with ethanol.

While they have offered their effusive thanks to Trump for his support for the Environmental Protection Agency to allow year-round sales of E15, a higher blend of ethanol, they have criticized that same agency but not the president over an EPA recommendation last week that could limit growth of the biofuels industry.

Tom Vilsack, a former U.S. agriculture secretary and Iowa governor, said the mixed policies have caused confusion. "What we need is a clear indication from the Trump administration consistent with the president's promises that it is in support of the ethanol industry and biofuels industry," said Vilsack, a Democrat. "You're either with the industry or you're not."

It's hard to overstate the importance in the Midwest of the ethanol industry, which consumes roughly 40 percent of the nation's corn crop. Corn production has nearly doubled in the past 30 years, and without an ever-larger ethanol market farmers fear demand for the grain could plunge.

With that in mind, Trump has repeatedly told farmers he supported the ethanol industry, and in his push to have the EPA allow more sales of the higher ethanol blend, he's kept his promise. But it's been a different story when it comes to another EPA recommendation.

Last week, the EPA released its annual rule for the level of ethanol that must be blended into the nation's gasoline supply. The 15-billion-gallon target for corn-based ethanol disappointed the industry because many expected the EPA to expand the requirement to offset exemptions given to many fuel refineries that have reduced demand by an estimated 2.6 billion gallons since Trump took office.

The EPA also ignored a 2017 order from a federal appeals court to restore 500 million gallons exempted by the EPA from 2016. For this rule, Republicans chided EPA administrator Andrew Wheeler but not Trump, who appointed the former coal industry lobbyist to head the agency.

Perhaps the most direct criticism of Trump by a Republican has been by U.S. Sen. Charles Grassley of Iowa, who said some farmers think the EPA is breaking the president's commitments to farmers to uphold the ethanol laws. "I urge President Trump to compel EPA to reverse course and keep his word to the forgotten Americans who have faithfully stood with him," Grassley said.

Asked whether the president was ultimately accountable, Grassley referenced a phrase displayed on the desk of President Harry Truman. "I can't help but answer yes to your question because Truman made it very clear the buck stops here," he said.

Harold Wolle, a farmer near St. James in southern Minnesota, said people are disappointed the EPA is letting some refineries reduce their ethanol use. "The news that I'm reading and hearing is that the president is pushing the EPA to change how it grants these waivers but the proof will be in the pudding. We'll see," said Wolle, a member of the National Corn Growers Association board.

Northwest Iowa farmer Kelly Nieuwenhuis said blame is focusing on the EPA but farmers realize Trump appointed former administrator Scott Pruitt and then named Wheeler. "There's always politics involved and that's the frustrating part," he said. "It seems definitely that the oil industry has some control over the EPA in our view. It comes down to money, campaign contributions basically."

Nieuwenhuis, 60, who farms 2,100 acres with two brothers growing corn and soybeans, said the EPA doesn't seem to answer to anyone. The EPA has argued in court that the Clean Air Act gives the agency substantial discretion to decide small refinery exemptions.

Iowa Gov. Kim Reynolds, a Republican, said she's talked with Trump, Wheeler and Agriculture Secretary Sonny Perdue recently about the refinery waivers and the renewable fuel standard, which sets the ethanol limits. She said they understand the concerns of Iowa, the nation's largest ethanol producer and biggest corn grower. She blames the EPA, not Trump.

"I urge EPA Secretary Wheeler to reverse course and uphold President Trump's commitment to rural America by strengthening the RFS and putting an end to the abusive practice of granting waivers to profitable oil refineries," Reynolds said.

Release of the draft rule last week begins a public comment process during which the pressure is sure to increase on the administration to revise the final rule with higher ethanol targets for 2020.