California's Oil and Gas Supervisor was fired after issuing twice as many fracking permits in the first half of 2019. 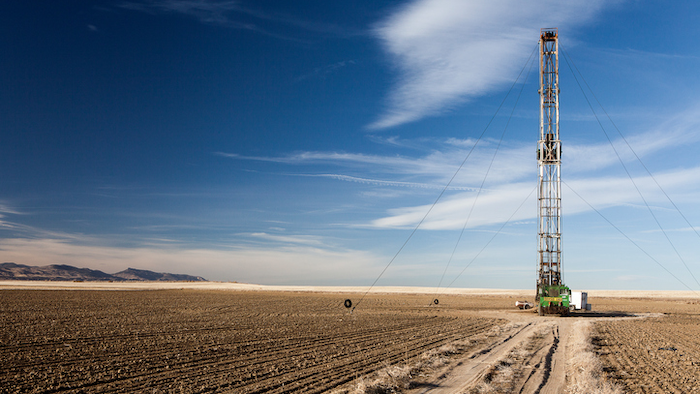 SACRAMENTO, Calif. (AP) — California Governor Gavin Newsom said Friday he wants to move the nation's most populous state away from hydraulic fracturing, a day after he fired the state's top oil and gas regulator for issuing twice as many fracking permits this year compared to last. "I don't think anyone that was paying attention, including the individual that's no longer there, is unaware of my position on fracking," Newsom told reporters. "I've been very explicit about it. The fact that they did not exercise consistency with that is one of the reasons he's not there."

He fired state Oil and Gas Supervisor Ken Harris following reports the state Division of Oil, Gas and Geothermal Resources had doubled the fracking permits it issued in the first half of 2019, and that senior officials at the division held stocks in oil companies they were responsible for regulating.

Newsom said he doesn't have the authority to put a moratorium on fracking, but that he wants to transition the state away from its use and, more broadly, reliance on oil and gas. Several environmental groups disputed his claim that he can't ban fracking himself and noted the Legislature can ban it.

"The governor definitely has the power to instruct the agency to ban fracking, to stop issuing permits for new wells, to stop the expansion of the industry and to protect public health," said Kassie Siegel, director and senior counsel of the Climate Law Institute at the Center for Biological Diversity.

Beyond increasing permits for fracking, the process of extracting oil and natural gas from rock, records show the number of permits for drilling new wells has increased. The advocacy organizations Consumer Watchdog and FracTracker Alliance found of the 2,365 oil well permits issued this year, 45 percent benefited oil companies in which division officials owned stock.

Newsom suggested the division has rapidly increased permits because the industry knows he wants to crack down on oil and gas production. He conceded that the division appears to have followed the law in issuing the permits. "I suspect, and it's speculative, that the reason there were so many permits signed is they knew exactly what was coming," he said.

Newsom noted his budget includes a study of "strategies to decrease the demand and supply of fossil fuels." While environmental groups said Newsom could do more, they praised him for taking swift action to remove Harris and investigate the alleged conflicts.

"The power is there, the problem is: Is the will there?" said Kathryn Phillips, head of the Sierra Club California. "We are seeing an expression of the will to solve this problem by the Newsom administration." Phillips contrasted Newsom to his predecessor, fellow Democrat Jerry Brown, who was criticized for failing to ban fracking or oil drilling. Brown, who made climate change his signature effort, argued the state needed to tackle demand before moving on to supply.

"He is allowing trial lawyers and radical environmentalists to run roughshod over an industry that employs more than 300,000 people in this state and is integral to the Central Valley economy," said Republican Senate Leader Shannon Grove of Bakersfield.

California is widely known for its strict environmental regulations and efforts to curb fossil fuel emissions and the state's oil production has been steadily declining and is half of what it was 30 years ago. But it was still ranked the seventh-largest producer of crude oil in the country in March. Most of the state's oil comes from inland areas around Bakersfield and more than 10 percent comes from Los Angeles County.

The oil industry remains influential; legislation to limit new oil and gas production around homes and schools faltered in the Assembly this year. "With a Democratic governor and Democratic supermajorities, the progressive environmental movement is strong enough to overcome some, but not all, of big oil's opposition," Assemblyman Al Muratsuchi, a Democrat from Torrance who authored that bill, recently said.