It's the international statistic of the year. 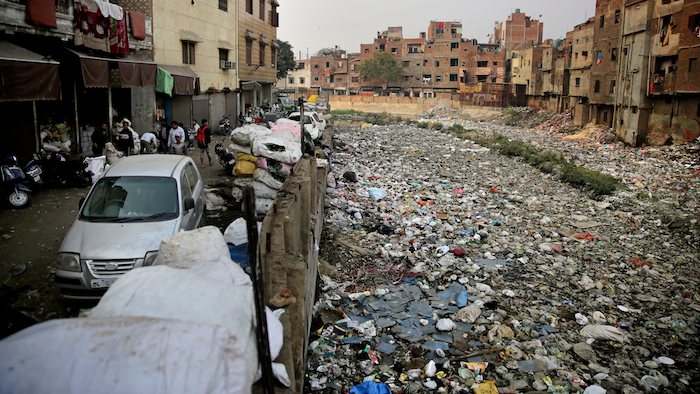 In this Saturday, Dec. 8, 2018 photo piles of electronic waste is placed next to a drain chocked with plastic and garbage in New Delhi, India.
AP Photo/Altaf Qadri

LONDON (AP) — The world's burgeoning plastic waste crisis has won the attention of Britain's Royal Statistical Society, which chose 90.5 percent — the proportion of plastic waste that has never been recycled — as its international statistic of the year.

The society, which chooses a winner from nominations made by the public, picked the statistic generated in a U.N. report based on the work of U.S. academics Roland Geyer, Jenna R Jambeck and Kara Lavender Law.

Public awareness of the problem has been growing, particularly after filmmaker David Attenborough's documentary "Blue Planet II" showed sea turtles shrouded in plastic, among other horrors.

Geyer says he was honored by the accolade and hopes "it will help draw attention to the problem of plastic pollution that impacts nearly every community and ecosystem globally."