Three landowners opposed the project, and a judge says the pipeline company owes them each $150 for building the pipeline on their property anyway.

NEW ORLEANS (AP) — A Louisiana judge ruled Thursday that a company building an oil pipeline through south Louisiana trespassed on the land of three people opposed to the project, but he allowed the work to continue while awarding the three only $150 apiece in compensation and damages.

Judge Keith Comeaux's ruling Thursday said the land was seized for a legitimate public purpose, and that the land in dispute was of little value to its out-of-state owners. His ruling disappointed opponents of the nearly complete Bayou Bridge Pipeline, who said they would appeal.

Opponents had hoped the St. Martinville-based judge would order the pipeline removed from the relatively small amount of land involved, a small fraction of a 38-acre (15-hectare) tract. Barring that, they had hoped for a major damage award to discourage other corporations from illegally taking land.

Energy Transfer Partners, the project owner, has said the 162-mile (260-kilometer) pipeline is expected to be operational by year's end.

"While the court did find the company trespassed on our clients' land, the damages award validates their business decision," Pamela Spees, an attorney for the Center for Constitutional Rights, which worked with Loyola University law professor Bill Quigley and the Louisiana Bucket Brigade on the issue.

ETP issued a brief statement, noting that construction is nearly complete. "We are pleased with the ruling from Judge Comeaux and look forward to bringing the pipeline into service before the end of the year," the emailed statement said.

At the heart of the legal issues was the practice of expropriation — government allowing a private entity to take land, with fair compensation to the owners, for a legitimate public purpose, in this case transferring oil to refineries along the Mississippi River. Comeaux allowed the expropriation to proceed.

During a trial before the judge last week, company attorneys cited a company-hired expert's testimony that more pipelines benefit Louisiana's energy economy and the public at large. Pipeline opponents and the landowners argued that the pipeline project is not for the public good, but for private gain at the expense of potential environmental damage from spills.

Comeaux's ruling noted that hundreds of owners of the 38-acre tract had either not been located or had been compensated for rights of way. But three — siblings Katherine and Peter Aaslestad along with Theda Larson Wright — refused to sign right of way agreements. The three live outside Louisiana but claim deep family roots in the state.

In awarding each of the three $75 apiece in compensation for the land, Comeaux noted that the acreage to be permanently expropriated for the pipeline route was about 1.75 acres; and the calculation of each of the three landowner's financial interest in the tract amounted to, at best, a few dollars in total. Because project owners had at one point offered $75, Comeaux awarded that to each.

Comeaux agreed that the project owners trespassed by failing to get permission to work from the Aaslestads and Wright and by failing to start expropriation proceedings before building. However, he sided with Energy Transfer Partners in noting that the three had never been on the land prior to the expropriation. And he rejected claims of mental anguish, saying "no party has sought medical attention," adding that the three landowners "are self-admitted advocates against pipelines."

Bayou Bridge Pipeline LLC is a joint venture of Dallas-based Energy Transfer Partners and Phillips 66. Energy Transfer Partners built the Dakota Access pipeline, a project that sparked a string of violent clashes between protesters and police in North Dakota in 2016 and 2017. The Bayou Bridge pipeline is the last link in a pipeline network connecting the Bakken oil fields in North Dakota with Louisiana refineries and export terminals. 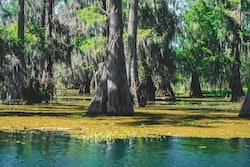 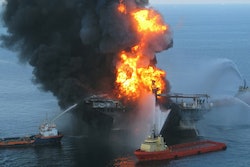 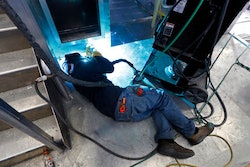