Its local government was one of the few that did not take part in BP's $20 billion settlement in the region. 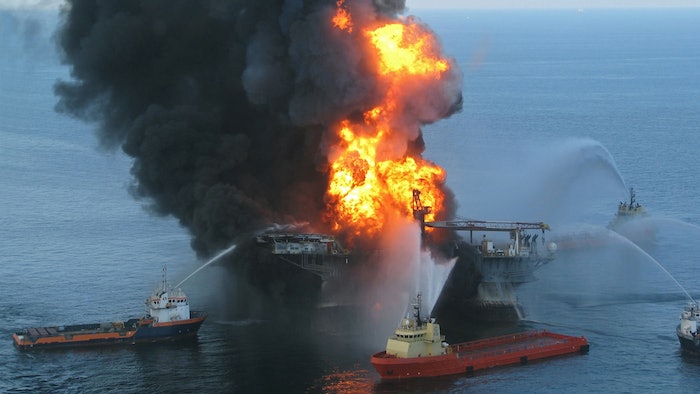 NEW ORLEANS (AP) — A coastal Louisiana parish announced a $45 million settlement Tuesday with BP over damages from the 2010 Gulf of Mexico Oil spill.

Plaquemines Parish president Amos Cormier set a Wednesday news conference to discuss the settlement, how it was achieved and how the money will be used.

Plaquemines Parish juts out into the Gulf of Mexico from Louisiana's southeastern tip. Oil from the spill after the Deepwater Horizon offshore rig explosion fouled sections of the parish's marshy coastline.

Its local government was one of the few that decided not to take part in a $20 billion settlement over economic and environmental damage between BP and state, federal and local governments. Plaquemines opted out of the settlement in 2015 without disclosing how much money it was to receive.

The Deepwater Horizon blast killed 11 workers and resulted in millions of gallons of oil spewing into the gulf for 87 days. Plaquemines Parish, a center of offshore oil and gas activity and businesses related to recreational fishing, was one of the hardest hit areas — affected by disruption of fisheries and a months-long moratorium on deep-water drilling that followed the spill.

Last year, BP announced it expects costs arising from the spill to total $61.6 billion — or about $44 billion after tax deductions. That includes response, cleanup, and various settlements and criminal and civil penalties.