Last week's ruling marked the second time a federal judge has rebuffed the Trump administration for failing to enforce the methane rule. 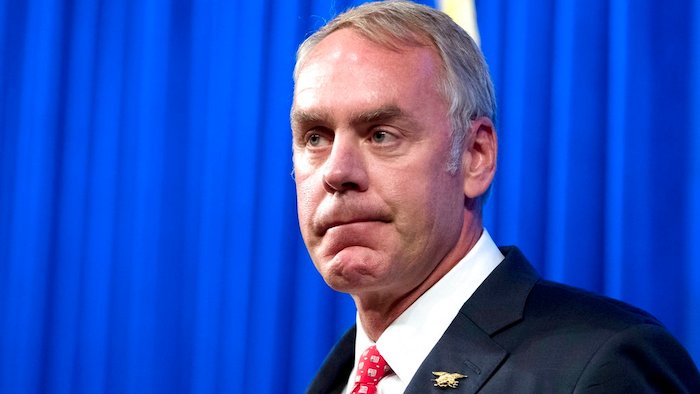 U.S. District Judge William Orrick of the Northern District of California ordered the Interior Department to reinstate the Obama-era regulation aimed at restricting harmful methane emissions. Orrick said late Thursday the administration's delay is "untethered to evidence" and likely to cause "irreparable injury" to California, New Mexico and other states from increased air pollution and negative impacts on public health and the climate.

The ruling marked the second time a federal judge has rebuffed the Trump administration for failing to enforce the methane rule. U.S. Magistrate Judge Elizabeth Laporte rejected an earlier effort by Interior to postpone part of the rule and ordered the Obama rule reinstated in October. Laporte serves on the same court, which is based in San Francisco.

Federal rules "are not intended to be adversarial" to the industry, Zinke said, adding that the Obama-era rule "penalizes oil and gas," while the Trump administration wants to encourage the industry to voluntarily find ways to capture and re-use methane.

The rule forced energy companies to capture methane that's burned off or "flared" at drilling sites because it pollutes the environment. Many companies consider the rule unnecessary and overly intrusive, but environmental groups warn that methane emissions from oil and gas operations are the second largest industrial contributor to climate change in the United States. Methane is far more potent at trapping heat than carbon dioxide but does not stay in the air as long.

The Interior Department said earlier this month it is replacing the Obama-era rule with requirements similar to those in force before the Obama administration changed the regulation in 2016.

Interior had previously announced it was delaying the Obama-era rule until January 2019, arguing that it was overly burdensome to industry. Officials at the time said the delay would give the federal Bureau of Land Management time to review the earlier rule while avoiding tens of millions of dollars in compliance costs to industry.

Methane, the main component of natural gas, is frequently wasted through leaks or intentional releases during drilling operations. An estimated $330 million a year in methane is wasted on federal lands, enough to power about 5 million homes a year.

Methane pollution also poses a risk to public health, especially to those who suffer from asthma or other breathing difficulties.

Environmental groups praised the ruling and said Zinke and President Donald Trump have lost two court fights and a vote in the Republican-controlled Senate as they attempt to delay or block the methane rule.

"This ruling shows the courts won't allow the Trump administration to flout the law to reward the fossil fuel industry," said Michael Saul, an attorney at the Center for Biological Diversity. "Unchecked methane waste hurts our lungs, rips off taxpayers and cooks the planet."