The shift in policy means coal-fired plants will be subject to different standards. 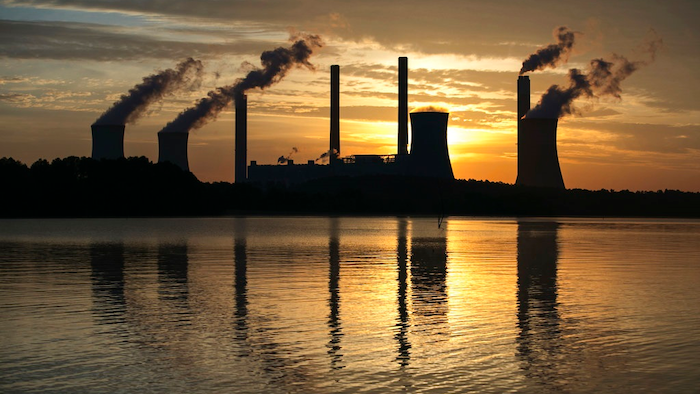 In this June 3, 2017, file photo, the coal-fired Plant Scherer in Juliette, Ga. The Trump administration is doing away with a decades-old air emissions policy opposed by fossil fuel companies, a move that environmental groups say will result in more pollution. The Environmental Protection Agency issued notice Thursday it is withdrawing the “once-in always-in” policy under the Clean Air Act, which dictated how major sources of hazardous air pollutants are regulated.
AP Photo/Branden Camp, File

WASHINGTON (AP) — The Trump administration announced Thursday it is doing away with a decades-old air emissions policy opposed by fossil fuel companies, a move that environmental groups say will result in more pollution.

The Environmental Protection Agency said it was withdrawing the "once-in always-in" policy under the Clean Air Act, which dictated how major sources of hazardous air pollutants are regulated. Under the EPA's new interpretation, such "major sources" as coal-fired power plants can be reclassified as "area sources" when their emissions fall below mandated limits, subjecting them to differing standards.

Though formal notice of the reversal has not yet been filed, EPA said the policy it has followed since 1995 relied on an incorrect interpretation of the landmark anti-pollution law.

"This guidance is based on a plain language reading of the statute that is in line with EPA's guidance for other provisions of the Clean Air Act," said Bill Wehrum, assistant administrator of EPA's Office of Air and Radiation. "It will reduce regulatory burden for industries and the states, while continuing to ensure stringent and effective controls on hazardous air pollutants."

Prior to his confirmation by the GOP-dominated Senate in November, Wehrum worked as a lawyer representing fossil fuel and chemical companies. The American Petroleum Institute was among the industry groups that had called for the longstanding policy to be scraped.

The Clean Air Act defines a "major source" as a one that has the potential to emit 10 tons or more per year of any hazardous air pollutant, or 25 tons per year of any combination of hazardous air pollutants. For more than 20 years, EPA's "once-in always-in" required major sources to remain subject to stricter control standards, even if they took steps to reduce their pollution below the threshold.

Republicans quickly cheered the move by EPA Administrator Scott Pruitt, especially those from states that produce oil, gas and coal.

"The EPA's decision today is consistent with President Trump's agenda to keep America's air clean and our economy growing," said Senate Environment Committee Chairman John Barrasso of Wyoming. "Withdrawal of this policy means manufacturers, oil and gas operations, and other types of industrial facilities will have greater incentive to reduce emissions."

"This is among the most dangerous actions that the Trump EPA has taken yet against public health," said John Walke, the director for clean air issues at the Natural Resources Defense Council. "Rolling back longstanding protections to allow the greatest increase in hazardous air pollutants in our nation's history is unconscionable.

John Coequyt, who leads climate policy initiatives for the Sierra Club, said the move will lead directly to dirtier air and more deaths.

"Trump and Pruitt are essentially creating a massive loophole that will result in huge amounts of toxic mercury, arsenic, and lead being poured into the air we breathe, meaning this change is a threat to anyone who breathes and a benefit only to dangerous corporate polluters," Coequyt said.