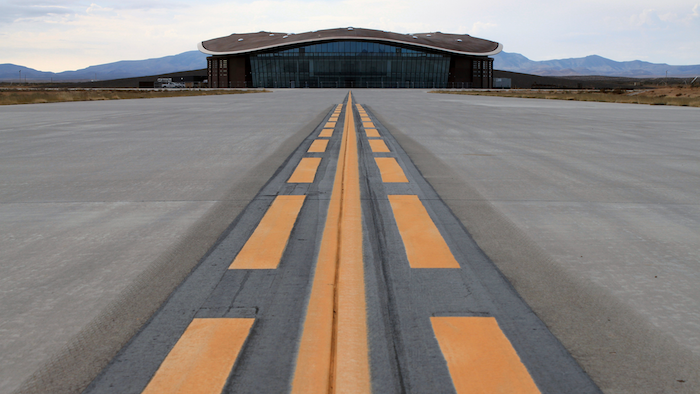 Nearly a decade later, unmanned rocket launches are routine at the facility that has yet to live up to full expectations as a hub for human space travel. The Virgin Galactic program was set back years by a midflight failure over California in 2014 that left a test pilot dead.

Daniel Hicks, state-employed CEO of Spaceport America, said the need for secrecy goes beyond highly technical trade secrets to information about flight dates or infrastructure upgrades that might tip-off competitors. He said two prospective tenants walked away in the past because of privacy concerns. He declined to name the companies.

"They want to protect their intellectual capital and some of them have shareholders who are watching," Hicks said.

He stressed that companies that rely on taxpayer-subsidized infrastructure don't deserve the same scrutiny as government agencies or directly subsidized businesses.

Under the bill as written, any information related to security — such as video footage or visitor logs — would be confidential and exempt from public disclosure. Information about "cyber-infrastructure" including data systems also could be withheld.

Spaceport tenants or "customers" would have discretion over any release of information that would affect trade secrets "or adversely affect proprietary interests of the authority or its customers."

New Mexico Foundation for Open Government Executive Director Peter St. Cyr says the bill could interfere with appropriate public scrutiny of management and operations at the New Mexico Spaceport Authority that oversees Spaceport America, with implications for public safety and the environment.

"We understand the concerns about economic development and making sure the spaceport is competitive," he said. "The bill is too broad. They need to narrow it to trade secrets that would reveal technology or research that gets their booster rockets into space."

Hicks said his office is not attempting to escape any public scrutiny. The Spaceport Authority that he runs is seeking a $620,000 increase in state general fund spending for the coming fiscal year, over its current $375,000 allotment.

Virgin Galactic Executive Vice President Jonathan Firth said Monday his company is supporting the secrecy bill in the interest of helping the Spaceport Authority attract customers but has no direct stake in the outcome.

"We also realize that it has to be done in a responsible way that ensures the spaceport is accountable to New Mexico taxpayers," he said.