The incentives package was used to lure the company to Wisconsin.

MADISON, Wis. (AP) — It would take at least 25 years for Wisconsin taxpayers to break even on Gov. Scott Walker's incentives to lure Taiwanese electronics giant Foxconn to the state, according to a fiscal analysis released Tuesday.

Walker's bill would exempt construction materials from the state and local sales tax and hand the company up to $2.85 billion in tax credits based on the number on the number of jobs generated. It also would exempt the company from a host of environmental regulations and borrow $252 million to rebuild Interstate 94 near the plant site.

The nonpartisan Legislative Fiscal Bureau's analysis of the bill found that Walker's administration found the cost of the tax credits would exceed potential increased tax revenues by $1.04 billion at the end of fiscal year 2032-33. After that year, payments to Foxconn would end and increased tax collections would ring in at about $115 million annually. At that rate, the break-even point would come during the 2042-43 fiscal year.

The break-even point could come even later, though.

Foxconn hasn't picked a site yet but the company is eyeing an area just across the Illinois border. If 10 percent of the jobs associated with the plant go to Illinois residents, the break-even point would be pushed back to 2044-45, the analysis found. If 40 percent to 50 percent of the jobs go to out-of-state residents, the break-even point would be pushed well past 2044-45, the analysis said.

Foxconn hopes to open the plant with 3,000 workers. Critics have questioned whether the company really intends to add more employees. If the facility employs closer to 3,000 people, the tax benefits from the project would decline from $115 million to $27 million annually and the break-even point would come well beyond 2044-45.

What's more, borrowing for the interstate rebuild would leave the state on the hook for $408.3 million in interest and the sales tax exemption would cost the state $139 million.

If Foxconn builds the plant in Kenosha County, the local sales tax exemption would cost that county about $13.9 million. Neighboring Racine County doesn't have a county sales tax, but the county is part of the stadium district that collects a 0.1 percent sales tax to support Miller Park, the Milwaukee Brewers' home. The local exemption would cost the district about $2.78 million in revenue.

The fiscal bureau also noted that Foxconn's presence in the state could have substantial benefits.

Every public dollar would generate $6.70 from Foxconn, the analysis said, and the plant would provide more job opportunities as well as a new manufacturing sector in Wisconsin. Kenosha County and the stadium district could benefit from local sales tax revenue connected to developments related to the plant.

Rep. Gordon Hintz, a Democratic member of the Legislature's finance committee, predicted the incentives bill would create long-term problems for every state budget for the next 15 years, ultimately resulting in cuts to important state programs. 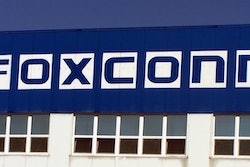 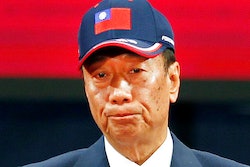 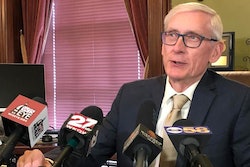